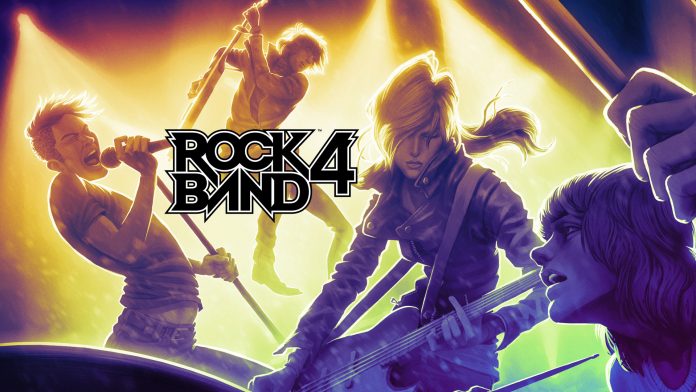 I like to fancy myself as quite the guitarist (those subjected to watching me play Rock Band though would most likely not agree) and have spent a stupid number of hours playing Rock Band on the Wii. For some reason, even though I had extremely cool light up blue LED drum sticks, I could never master that domain.

Harmonix have been hard at work after bringing that experience across the current gen consoles for us and have finally been able unveil what the have been working on: First off, THANK YOU for your interest in Rock Band 4 – getting the game to market took every ounce of effort that we could muster and we really appreciate all the support and feedback we’ve received from the community. Bringing the franchise to the new consoles meant a complete re-architecture of our engine and, along with the work it took to support last gen’s DLC and instruments, this was an enormous effort for us. However, our plan has always been to provide continual updates post launch, and from the moment we launched on October 6th, we have had our team hard at work developing new features. We’ve been quiet about the details, UNTIL NOW! I am wicked excited to unveil the feature set for the 12/8 update:

We’ve still got a few surprises in store, including a new gameplay mode that we’re really psyched about. We’ll be telling you about it as we get closer to December 8th.

With the details on our first major update out of the way, here’s some insight into our long-term plans:

At Harmonix, we have never offered this kind of visibility into our future development plans before. We’re doing it because we want you to be informed and help us make good decisions about how we prioritize our work. We ask that you please understand that the development process isn’t entirely smooth – sometimes features get delayed or pulled based on testing, performance, first party delays, etc. Because we’re developing this stuff live, we may not always be able to give an exact date for a feature or bug fix. However, we CAN keep you informed about what we’re working on, how things are going and when we hope to deliver.

We’re really excited about this December update, not only because we think these features add a lot to the Rock Band 4 experience, but because it’s the first of many updates in our ongoing efforts to make Rock Band 4 even more fun for all of you. Stay in touch and we’ll do the same!