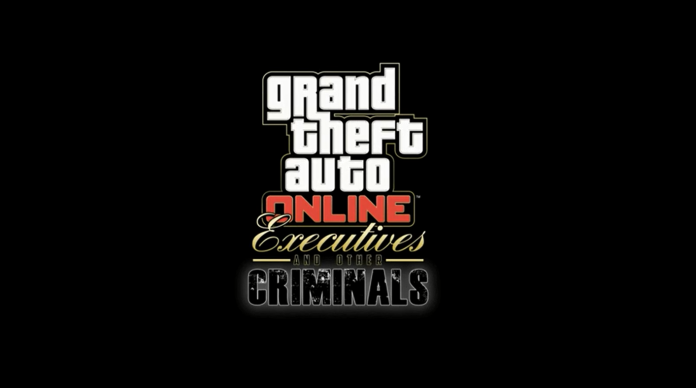 If there is one thing that you can always be thankful for with Rockstar Games, it’s the continual ongoing game support and in the case of GTA, the endless flow of new content and free DLC.

GTA Online will again see new content added very soon in the form of new gameplay modes, vehicles and houses. The update is named “Executives and Other Criminals” which has a co-op mode that allows you to build organizations and hire your very own bodyguards. The bodyguards that you hire will earn “a regular paycheck” as well as special benefits, RP, stat boosts and GTA money.

This update will land on December 15th for PlayStation 4, Xbox One and PC. Here are all the details from Rockstar Games: Become a VIP and create your own criminal organization in the latest addition to Grand Theft Auto Online, Executives and Other Criminals. Featuring all new gameplay modes and opportunities for luxury living, Executives and Other Criminals also includes new customizable apartments, stilt houses in the Vinewood Hills and the ultimate in executive excess: the extravagant, fully staffed and upgradeable Super Yacht.   VIP’s who run their own operation gain access to new co-op Jobs, challenges and special abilities in Freemode, as well as having the power to hire and fire other players for their team of bodyguards. Meanwhile, Bodyguards earn a regular paycheck and their own special benefits including RP, GTA$, and stat boosts for working for a VIP’s organization.

Organizations can go head to head in Freemode, with new missions that make full use of the latest executive defense options including new armored vehicle variants, the devastating Turreted Limo and the missile defense systems of the Super Yacht, which also comes with its own suite of supporting vehicle upgrades including the new SuperVolito Carbon helicopter and personal watercraft.

Some existing Freemode Events will automatically adapt when played by organizations, allowing for new ways to take on King of The Castle, Moving Target and more. Also included is the new Extraction Adversary Mode, tasking teams of Bodyguards to search, locate and safely extract an Executive from their downed jet before a Hit Squad intercepts and eliminates the target.

Executives and Other Criminals also brings fresh choices in executive transport and protection with new weapons, new vehicles and much more. Check back to the Rockstar Newswire for full details and download the free update Dec 15 on PS4, Xbox One and PC.