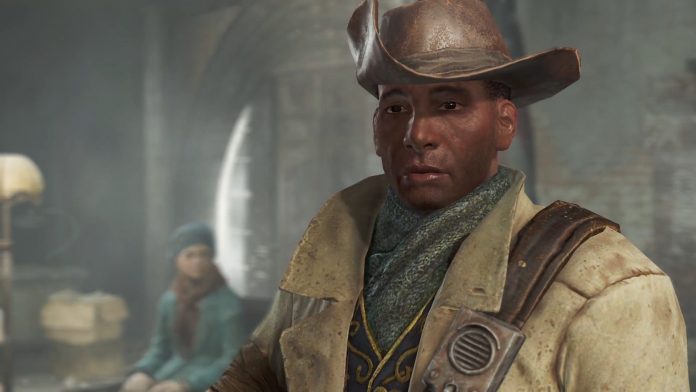 He’s helpful and gives your character purpose early on. Be the leader of The Minutemen? Sounds great, Preston. Sadly, missions for The Minutemen devolve as the game wears on. If you don’t bring Preston with you as a companion, you develop a sort of love-hate relationship.

Whenever you visit Sanctuary Hills (unless you order Preston somewhere else), Preston will often have missions, or “radiant quests” for you. “Another settlement needs your help, General” he’ll say. Like a proper good samaritan, you’ll oblige, travel to wherever the location is, and sort the “emergency” out.

It’s not an entirely fruitless endeavor, either. You are rewarded with a decent amount of experience points (up to 300 xp) for your trouble. All is right with the Commonwealth – until it isn’t, 30 seconds later. There’s no real way to ignore these quests, either. They do expire, and may cost you some happiness at the settlements – to the point you are no longer allied with them. It’s so bad, modders have come up with a way to block the quests.

Preston continues to hand out quests to you, often as quickly as you can complete them. Sometimes the game world in Fallout 4 can’t even keep up. You’ll be sent to places to rescue a settler who has been kidnapped, and the enemies haven’t even respawned from the last time you cleared the location out. It makes for easy xp, sure – but these radiant quests grow tiresome and repetitive quickly.

Repetitive, you say? Your character is sent on an endless string of identical missions, and there is no condition that can be met to stop these missions. The description sounds familiar.

“An infinite loop (or endless loop) is a sequence of instructions in a computer program which loops endlessly, either due to the loop having no terminating condition, having one that can never be met, or one that causes the loop to start over.” – Wikipedia.

Although infinite loops don’t really manifest in today’s programs this way, synths are extremely complex. Could Preston be a synth? Is he stuck in an infinite loop? Is it a different software error? Is he deliberately programmed this way?

Preston allegedly joined The Minutemen at 17. Unfortunately, there’s no one left alive in The Minutemen who can confirm or deny this. Even Ronnie Shaw doesn’t weigh in much on Preston, aside from chiding him for promoting the player to the rank of General too quickly.

It’s also not without precedent that a character and leader in Fallout 4 turned out to be a synth. In the quest “Synth Retention,” you’re tasked with retrieving Gabriel, an off-the-rails synth who now controls the raider gang at Libertalia. Similarly, The Railroad’s heavy, Glory, is also a synth. She hints at her physical body being fully functional (for those of you wondering if you could romance a synth) and Preston is a viable romance interest in the game.

But why would Preston lead The Minutemen as a synth? Perhaps he was programmed to do this by Father? Perhaps he looked for his place in the world and found his calling in helping the Commonwealth? Who knows. Maybe Preston is who he says he is. Not even the nutters at Covenant and their “SAFE test” can prove me right or wrong.

What we do know is that at the end of the day, Preston’s character is programmed to hand out these radiant quests by the developers at Bethesda. He is part of a software program. He is a synth.

In fact, everyone in Fallout 4 is part of a software program. They’re all synths.

What do you think about this theory? Let us know in the comments.