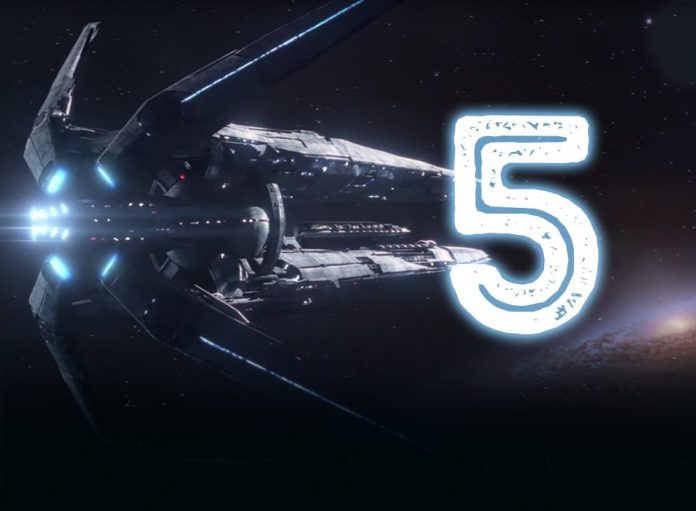 What will gaming look like in 2016? While many games have likely yet to be announced, or do not have concrete release dates, there are several that do. Of these games, some have gamers counting the days until they hit platforms and PC. What are the most anticipated?

We all have different standards and preferences when it comes to games. I enjoy games with deep storylines that can draw you into the characters and their world – games that make you make decisions, and then live with those decisions. Unsurprisingly, when asked what my favorite game of 2015 is, I’d have to say Fallout 4, which I actually have yet to finish – 170 hours in. So what am I looking forward to most in 2016, and why? Let me break it down for you.

I’ll start with a disclaimer: This list is short. I could have made a “Top 10” list, but I felt that negates the exclusivity and excellence required inherently by such a list. I also chose games based heavily on the likelihood of innovation – so you’re not going to see Call of Duty (or to a lesser extent Battlefield) on this list. Similarly, there are undoubtedly games that will be released in 2016 that have yet to be announced. Here are my “Top 5” anticipated games for 2016. Check out the video below.

If you’re unable to view the video, here’s the play-by-play breakdown:

I love cerebral games. Some of my most treasured game experiences come from games that push the boundaries of realism, logic, and sanity. Brothers in Arms: Hells Highway follows one World War II infantryman who’s losing his battle to retain his sanity. Alan Wake chronicles one author’s very real battles with personal demons of his own creation. The latter game was developed by the folks at Remedy – the same devs behind the upcoming game Quantum Break. Admittedly, we don’t know that much about the game yet, but what we do know, is that it involves time manipulation, and that’s reason enough to be excited. There’s great potential for a psychological thriller with Quantum Break’s premise and the people at Remedy do this best. Quantum Break will hit store shelves April 2016.

I have to admit, I have not been excited about PVP lately, and players have had little reason to be. Call of Duty and Battlefield have grown remarkably stale. In general, the FPS multiplayer genre seems to be unwilling to evolve and try new things. With Overwatch, we might finally see some welcome change. The game, developed by Activision-Blizzard features some memorable characters with interesting abilities. Overwatch has been delayed several times, which is not typically a good sign, but it looks like the game we’ll get Q1/Q2 2016 will be nicely polished on consoles. Overwatch would be ranked higher, if it had a single player campaign. I was hooked on its potential since I saw this trailer. It’s unfortunate that’s all we’ll probably see.

I have been following The Division since it was first announced. I could care less about the nice graphics or its new engine. What interested me was the gameplay and overall game design: Play cooperatively with friends to save a devastated city. The open-world game boasts a city that reacts to your decisions and progress. It also boasts a RPG player’s favorite word “Loot” – but beware, you may have to fight for it – against other AI players, other live players, and even your friends. I’m cautiously optimistic for this game, but I have been disappointed by publisher/developers Ubisoft before (which is why this game isn’t ranked higher). Rainbow Six: Siege fell flat with me, since there was no single-player campaign. So, I hope The Division has the story I crave. The Divison is slated for release March 8, 2016.

For me, the original Dishonored game ranks as one of the biggest surprises of the last-gen console games. It did not appeal to me at the get-go. Thanks to Microsoft’s Games with Gold program, I was able to download and experience the game for free. It quickly became one of my favorites. The dark atmosphere, unique abilities, and interesting storyline drew me into the game. I was surprised to learn your in-game behavior influenced the final outcome of the game (the less people you killed, the “lighter” the ending, and vise-versa). Dishonored also gave the player the opportunity to get creative with abilities/kills, similar to the cult hit Bulletstorm. I’m thoroughly excited to see where developers Arkane Studios take the Dishonored franchise next and how they will expand its world. We’ll all find out sometime in 2016, as an official release date has yet to be set by publisher Bethesda.

Farcry: Primal looks really, really cool. This is a game set in prehistoric times, in which you have to move from the bottom of the food chain to the top. Oh, and you can control jaguars and other creatures while helping your tribe control the land. Early gameplay looks great, and while we don’t know that much about the storyline, what we have seen is at the very least entertaining. Farcry: Primal will be here sooner than you know it on February 23, 2016.

Deus Ex. The name for me translates to “wasted potential.” Many players love the prequel (Deus Ex: Human Revolution) and that’s fine. I really liked Human Revolution, but I felt it suffered terribly because of its poor user interface and control scheme. It wasn’t just bad, it was horrible. Who designs a game and says “you know what everyone else is doing for a control set-up and UI? Well, let’s just ignore all of that?” Eidos Montreal, apparently. I really hope they make some adjustments for Mankind Divided. The storyline in Human Revolution will be difficult to top, and if they remove the controller and UI roadblocks, they’ve got a guaranteed blockbuster on their hands. Deus Ex: Mankind Divided releases August 23, 2016

Unravel isn’t my typical game. In fact, it’s the only “arcade” game on this list. The colorful side-scroller follows “Yarny” – a character made of string who connects the memories of a long-lost family together. It’s physics based, as well, so you’ll have to use your noggin to solve some pretty creative puzzles. I have enjoyed similar games like Double Fine’s The Cave (which I highly recommend). We first saw Unravel at E3 2015, and it was a pleasant surprise. I’m interested to see what Unravel brings to the table on February 9, 2016. Mass Effect. This is a game that redefined the genre of science fiction in video games. Developer Bioware has just about perfected the space opera and brought role-playing games to a whole new level. Despite being purchased by the oft-maligned EA, Bioware put out a fantastic product in Mass Effect 3 (minus the ending). It included both a stunning and emotional campaign and an absolutely addictive multiplayer experience. The Mass Effect universe is extremely well-built and diverse in comparison to other space-located games like Halo, and the Bioware team knows exactly what to do with it (even more so following the reception of Mass Effect 3‘s ending). As a developer, Bioware is great at taking and sorting player feedback to improve the overall experience, and that’s another reason this game ranks #1 on my list.

It’s easy to forget the studio behind Mass Effect has another IP, since it’s set in an entirely different time frame. Dragon Age: Inquisition was critically-praised across the board by video game news outlets, and rightfully so. The game was massive. It contained great writing, characters, combat, and player decisions. Players forged a unique identity for their Inquisitor and invested a piece of themselves within. Given Bioware’s love for Mass Effect, the design and subsequent success of Dragon Age bodes very, very well.

Mass Effect Andromeda promises a new protagonist, new companions (though there will never be another Garrus), and new locations. Development of the game seems on track, despite director Chris Wynn parting ways with Bioware back in December. We have seen Mass Effect titles delayed in the past, so let’s hope it’s not necessary this time around. We’ll be keeping an eye on this game as the release date nears. Mass Effect Andromeda is expected Holiday 2016.

What do you think of our list? Did we get it right? Forget something? What are your most anticipated games for 2016?

Let us know in the comments.