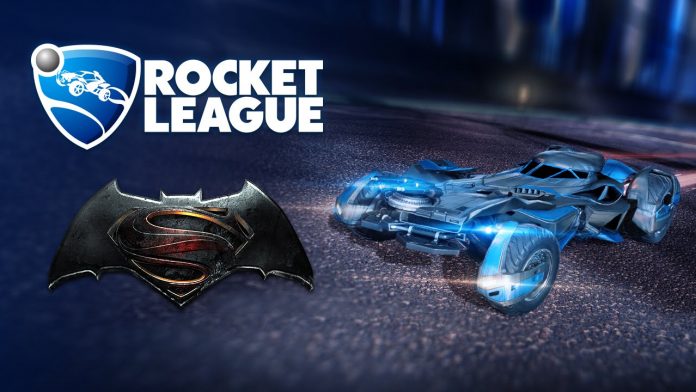 Arriving on March 8th is the new Batman v Superman: Dawn of Justice Car Pack for PlayStation 4, Xbox One and PC.

Psyonix have teamed up with Warner Bros. for this one, to bring you some extremely cool DLC.

The Batmobile from the upcoming movie, along with three new antennas – Batman, Superman & Wonder Woman, will only set you back $1.99 USD.

In other related Rocket League news, Psyonix have advised that sales of the smash hit indie title have now exceeded over 4 million copies (the doesn’t include the free copies of the game given as a part of the PlayStation Plus monthly games in July last year) and you can expect a physical version of the game to land on shelves in the future. You can check out the details here.