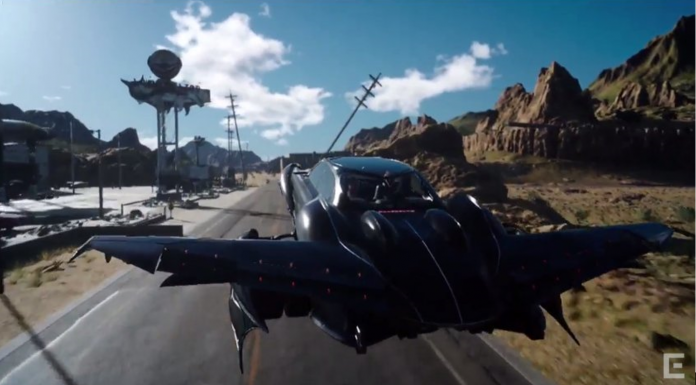 Hironobu Sakaguchi, the father of FINAL FANTASY took to the stage this evening to make a very heartfelt address to the crowd prior to this evenings major announcements:

I’ve watched it grow up and mature, and set off toward a future full of endless possibilities.

But like any father, you occasionally wonder if the path your child is on is the right one.

I had a chance to sit down with Director Tabata, who told me that he plans to guide FINAL FANTASY back to its challenger roots.

I felt assured by his words, because the FINAL FANTASY I remember was constantly seeking new challenges, and never sitting comfortably in any given place.

I’m excited to be here tonight, with all of you, to see just how FINAL FANTASY has rediscovered its true nature.

With that, I’d like to take my seat and enjoy the uncovering of FINAL FANTASY XV with all of you.”

The release date for FINAL FANTASY XV has finally been revealed, and you have less time to wait than you think……….. You can download the Platinum Demo of FINAL FANTASY XV right now via the Xbox One and PlayStation Store.

The first details of the Ultimate Collector’s Edition were also shown at this evenings event: $269.99 USD

Visit the Square Enix website for full details, however don’t take too long to make up your mind about pre-ordering as only 30,000 units will be available worldwide! The new trailer that was revealed this evening features and amazing cover of ‘Stand By ME’ by Florence & The Machine, which left me with goose bumps. To hear from Florence & The Machine about their experience with creating this single for FINAL FANTASY XV, go to 1 hour 18 mins in the event video at the base of this article.

Along with tonight’s announcements a trailer for the upcoming FINAL FANTASY movie has also been revealed:

Also, along with the movie trailer an Anime series called Brotherhood has also been announced and the first episode airs tonight on YouTube for free, with all 5 episodes airing prior to the release of FINAL FANTASY XV: