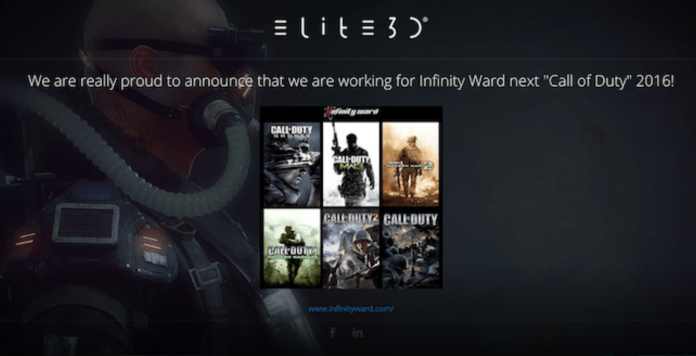 elite3d are in independent development studio who specialize in 3d art, motion capture, concepts and animations. The long list of companies that they have worked with include Electronic Arts, Crytek, and now Infinity Ward.

Today, elite3d update their website to state that they are really proud to announce that we are working for Infinity Ward on the next Call of Duty.

Whilst Infinity Ward are still yet to announce what the next Call of Duty will be themed around, we can start to get an idea of how graphically beautiful it will be with a team such as elite3d jumping on board.

elite3d have been involved in the development of titles such as Hit Man, Rigs, Star Citizen, Ryse Son of Rome, and Battlefield. Now they will be able to add one of the most popular FPS franchises to ever land – Call of Duty.

Here is an example of some of the work that has been created by elite3d: