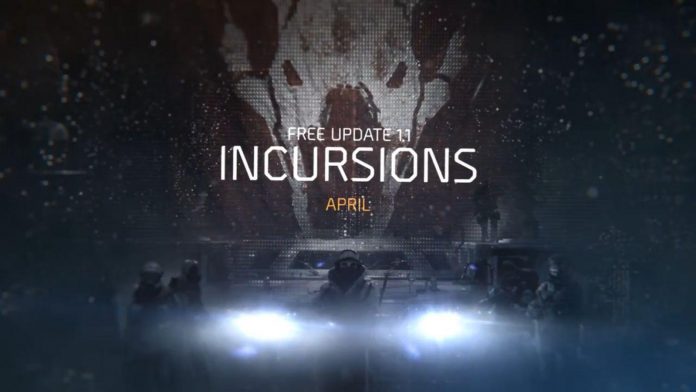 Right now, anyone who exploited any of the countless glitches in The Division is feeling a little uneasy about the possible punishment headed their way. In particular, those who engaged in the Falcon Lost glitches over the past week are feeling the heat.

Community Manager for Ubisoft, Natchai commented on a forum post stating that:

“We are working on fixing the exploit. Obviously it is against our Code of Conduct and the team is looking into what can be done in terms of punishment for those who have exploited”

Apparently, as of a couple hours ago, the same community manager has confirmed temporary bans for everyone exploiting the incursion and “harsher” penalties for those who exploited it multiple times. Since information regarding anything to do with The Division is scattered across forums, Twitter and other social media outlets, we are still hunting down a solid link the that last statement.

We know that previous bans of up to 3 days have been handed out to players in The Division for taking part in gaining rewards from exploiting glitches so it would be safe to say that the expected punishment for anyone who only engaged in this once would be approximately the same, however what about the ‘harsher’ penalties?

The Division overall is a great game, a lot of fun and very addictive, this is perhaps why so many people have been prepared to give the developers the time they need to fix the never ending issues in the game. We know bugs will always pop their head up, that is to be expected in any video game, however how long will players tolerate issues with some of the fundamental mechanics of the game?

Issues like not being able to reload, healing and reviving not activating, enemies that teleport, dropping through the map into looked rooms towards the end of a mission, these are things that don’t just disrupt your experience but in some cases undo hours of hard work. It’s one thing to get the end of challenge mode and not be able to complete it because you lack the skill or necessary gear level to do so, and it’s totally another to spend all that time to get to the end only to be teleported to the beginning again.

Should players be punished for mistakes made by the developers? Yes and no.

I understand the frustration that many feel with the changes to phoenix credits, the nerfing of crafting and constant re-sets due to glitches in the game, and I think this is what drives many to try and regain that lost time through no fault of their own by accessing these glitches to get gear they would have already had if they were not encountering all these other issues in the game.

When you are just playing against AI what possible harm is that doing to anyone else that you deserve to be punished for this? However, and this brings us to the ‘yes’ answer, The Division isn’t just you against the computer, in the Dark Zone (DZ) you encounter other players who are meant to be on a relatively even level with you due to the bracketing system for entering the DZ. Should these players who have not exploited these glitches be annihilated because they happen to come across you and your merry band of glitchers? No, they really shouldn’t. There is a reason the bracketing system is there and that’s so all who enter the DZ stand a relatively decent chance of being able to enjoy their time in there without dying over, and over, and over again.

It’s your choice and your choice alone to exploit these glitches, regardless of the reason, regardless of the issues in the game, you have that choice to continue playing it in it’s current state and also to chose to exploit further issues in the game for your own personal gain. The Ubisoft Code of Conduct (included below) goes into detail about what you can and cannot do, and also what disciplinary actions you open yourself up to if you break this code. All who are playing The Division agreed to this code on the first day you launched the game.

On that note though, none of this would be an issue if they would just fix their game instead of working on new additions to an already leaky ship.

An update was rolled out over the weekend to fix some of the issues with Falcon Lost, the DZ and to bring back missing agents, you can find the patch notes for that HERE. If you are finding completing Falcon Lost legitimately to be quite the battle, we have a guide here to help you understand how it all works to assist you in preparing for the battle ahead.

How do you feel about this? Do you agree people should get banned for exploiting the glitches, or do you feel that it’s on Ubisoft for releasing a broken update? Let us know in the comments section below.

Responsibility:
Ubisoft cannot be held responsible for the actions or comments made by Users in the various areas of the game, forums, or other social media outlets. Ubisoft reserves the right to remove any and all content published by a User without prior warning or notification.

We strongly advise you not to give personal or account information to anyone. This includes information that can be used to identify you (social security number, telephone number, physical address, etc.) or information that may be used to compromise your account (personal email address, answers to your security questions, etc.).
Please note that a representative of Ubisoft will never ask you for your password.

Code of Conduct:
When you play Tom Clancy’s The Division, you must respect other Users and their user rights. The following points must be upheld by everyone, and will be enforced by the Ubisoft staff:

Usernames:
The following rules clarify the types of names that you may not use:

Nevertheless, Ubisoft vows to assist the User if they think that their account security is threatened or has been compromised. If an account turns out to have been stolen or used by an unauthorized third party, further investigation will be made by Ubisoft staff, during which time the account will be blocked.

Ubisoft does not guarantee compensation for any damages caused by fraudulent use of an account. Only the results of the investigation can determine the necessary action.

Any act of account piracy or theft will be punished and may give rise to personal liability or penal penalties for the guilty party.

Customer Service:
Customer Service is there to help you with any problem you may come across in the game. You can contact them via the game or the site, in the support area. Here is a non-exhaustive list of what Customer Services can do for you:

Disciplinary Policy:
Ubisoft wishes to offer Users a welcoming game environment, both during gameplay and in the forums. However, a breach of the Code of Conduct may occur. When this happens, Customer Services will investigate further and will make every attempt to be just and fair with the people involved. Depending on the seriousness of the breach and the players’ history, Customer Services may decide to take the following action:

Below are examples of behaviour that could lead to your account being banned from playing online or restricting your access in other ways from the game:

Disputing Account Sanctions:
If you have a question or wish to dispute an account sanction that you have incurred, please send a request to Customer Service by using the contact options found on our customer support portal. Please be sure to include all relevant information. We will reply to your questions as promptly as possible.