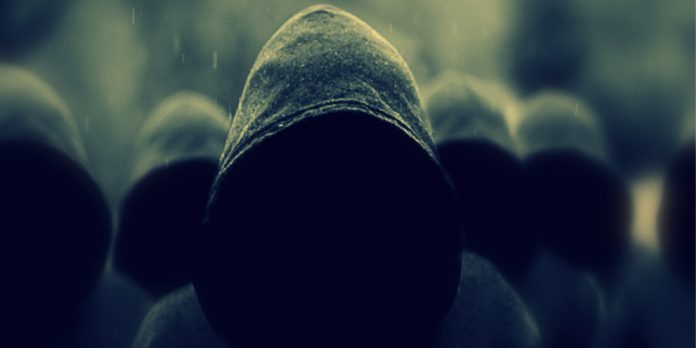 When you wake up at 0400am in the morning to fit a couple of hours of gaming in before having to leave for work, you know that gaming is a part of your DNA. It’s what you do, a part of who you are and defines a lot of your personalities characteristics.

There is a reason that the gaming industry has become a massive influence on economies, and it’s not simply because people like to play games. Quite often people will spend several hours on a gaming platform and not even load up a game, instead using that technology for social connectivity or to even ‘Netflix and chill’.

So what drives us to spend so much time and money on what essentially for most people started as a time passer?

If you ask a cross section of gamers what they love most about gaming there always seems to be a common theme that emerges which is that it allows you to escape, to forget your troubles and be taken away to majestic & immersive worlds.

Another common response you will hear is through gaming you are able to connect with people all over the world, spend time with friends who you normally would not be able to catch up with.

The thrill of the chase, heart pumping battles, nail biting story twists, screams of rage, tears of joy, these are all emotions that any average gamer will experience on a regular basis. All this invoked through the act of playing a video game because somehow we invest so much of who we are into if we fail or succeed.

Morally compromising decisions, heart breaking deaths, split second life changing decisions, and that can just be in the first few minutes of a well-orchestrated & gripping game. So no wonder the games industry is churning over billions of dollars every year!

Through all of that emotion, immersion and social connectivity though, cult followings have arisen. Some will tell you that this has been around since the dawn of gaming and that not only is it natural human behavior, it’s also healthy for the industry. I beg to differ.

I was recently told that the act of championing your favorite piece of plastic to the point of threatening violence is the same as aggressively following a sports team. I could almost see this as a legitimate comparison if when the ‘battle’ was done everyone ‘walked off the field’ and were done with their differences until the next match and simply engaged in some playful banter in between. However, this does not happen, and has become a round the clock ritual for some that has turned into a ‘game’ of its own. Now, that isn’t always the case, and one isn’t more or less passionate than the other, there will always be elitists when competition is involved but I see the two to be notably different.

Human nature is the general psychological characteristics, feelings, and behavioral traits of humankind, regarded as shared by all humans. So clearly this kind of behavior is not human nature, as the whole of humanity does not act like this. In fact we would be in serious trouble as a civilization if we did. So what does drive this kind of behavior? Is it the power of anonymity? Is it a lack of social skills? The need for notoriety? Or……..money?

In some cases I believe it to be a combination of all of the above, but as a whole anonymity seems to be a driving factor as to why so many people engage in these acts. Hence the reason social media is flooded with aliases and not true identities. Now, having an alias isn’t a bad thing IF the things you say under that name are the same as what you would state under your true identity.

So how do we change this behavior? Is that even possible? I don’t believe it is.

Gamers are not held in high regard outside of the industry and will often be met with scoffs of disapproval from those who don’t understand where our addiction comes from and what drives us to engage in the industry on so many different levels. Yet as individuals we seem to have lost a sense of responsibility to improving our ‘social standing’ and assisting in changing that negative stigma. It’s this lack of responsibility that prevents change.

When members of the hierarchy of leading corporations condone this kind of behavior (and yes they condone it, they condone by not only engaging with some of the most notorious and vulgar repeat offenders in this ‘game within the game’ but by also participating in it themselves) there is no inspiration for others to cease and assist when they see this kind of behavior coming from on high.

So where does that leave those of us who want better for the community? Who want to see us collectively be more socially accepted and regarded as engaging in valuable activities with our chosen pass time?

Sitting, gazing at our phones utterly perplexed as to how this all came about, that’s where it leaves us.

Game developers being attacked for their creative direction, children being shunned from groups because of their console preference, racism, sexism and discrimination dripping from the e-walls, yet everyone seems to be okay with this. If you don’t step in, then you are supporting and enabling it, which is just as bad.

The games industry is a part of my life now so naturally I am going to feel very passionate about how it is treated, viewed and evolves. The evolution of technology over the past several years has had a massive effect on gaming in every aspect, including on us, the consumers. We are now more engaged than ever before, using various social media outlets to even go as far as being a part of the development processes. Speaking to developers about games they are currently working on or have just released isn’t something we ‘the average gamer’ could have ever have hoped to do previously, today though that is not only a reality but also the ‘norm’. The layers of ‘us’ and ‘them’ have been broken down to create a flat layered community where all feedback and interaction is welcomed.

So why are so many working day and night to perpetuate the ‘us’ and ‘them’ segregation that results from the console wars?

I was recently asked “Is it really that serious?” and I had to think very hard about my answer as one side of the argument is that the core of what we are doing here is meant to be about fun, about letting go and relaxing with friends. If we lose that element of it then what compels us to return? The other side of that argument is that for just as many it’s about making money, feeding their families, living out their dreams and lifelong aspirations, seeing their creativity take life and empower others. If we lose sight of that what drives people to continue creating content?

So I guess the answer to that question is all relevant to which person it is being asked of. For me, yes, yes it is that serious.