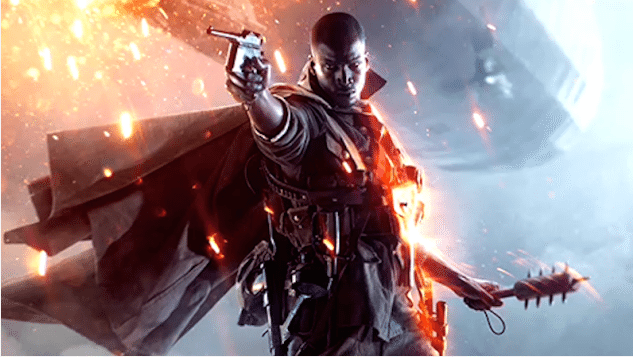 In a recent interview with PC Gamer, an EA Rep has confirmed that the PC release of Battlefield 1 will only be available digitally – so basically, without a disc. The rep is quoted as saying:

“Here in North America, there will be a PC box version that you can buy in stores that will have a code in the box and no disc… If you buy that same PC box version Internationally, some countries will offer a disc inside.”

So it sounds like it isn’t just limited to North America, as the comment “some countries will offer a disc” implies that other countries will be going down the digital only route. If you view the game on Amazon (USA) the website clearly states “NO-DISC”, however the Amazon (UK) site shows it as having a DVD.

It’s more and more common now for desktop PC’s to come without a disc-drive, so this could be aimed at this growing audience, as obviously those with a disc-drive can also download it, but this wont be good news for those with data-caps or slow web-connections – however this kinda feels like EA is playing catch up with Valve, as you tend to just download games through Steam whether you have the disc or not.

Regardless, Battlefield 1 is due to be released on October 21st, (October 18th if you pre-order the Early Enlister Deluxe Edition) for PC, PlayStation 4 and Xbox One.

What do you make of this? Do you have poor internet access, and is this news seriously disappointing? Tell us what you think in the comments below or in the RGM Forums!