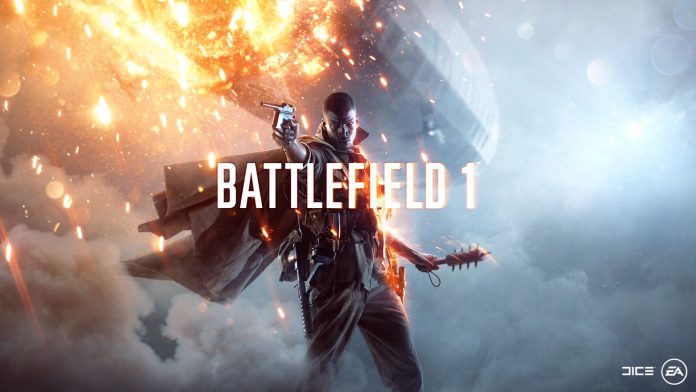 Battlefield 1 showed off the impressive abilities of Frostbite during the EA Play live stream.

Destruction was intense. Massive craters were generated from grenades, artillery, tanks, and other explosions. Aside from announcing some of the games maps and modes, DICE may have spilled the beans on another new game feature. Digging in.

In one of the game’s press releases, DICE describes the Operations game mode, which I’ll talk more about in a minute. The company says defenders will “dig down as you hear the alarm go off signaling an incoming attack.” It’s odd they didn’t use a more common expression like “dig in.”

From the sounds of it, Operations will have a short preparation period before the game mode begins. During this time, players may be able to actually dig in with shovels to create a defensive position. That’s right, we may be able to dig our own trenches. I’ve reached out to DICE and some of those involved with the game’s production and will update when I hear more.

For the Operations game mode, in addition to digging down (whatever that may mean), defenders will also have a variety of emplacements, like machine guns and cannons to bolster their positions. Defenders must hold several objectives.

Meanwhile, attackers will charge the enemy trench on the commanding officer’s whistle. I’d say this is automatic, after the defending team has a minute or so to prepare. They will storm towards the enemy defensive positions on foot, in tanks, airplanes, boats, and on horseback. The attackers must capture and hold all defensive positions in order to capture the sector and push the frontline forward. But this isn’t the end. Like Rush, defenders will fall back to the next sector and regroup. Sectors may be lost, but giant Behemoths like the airship can still impact the fight significantly.

What’s unique about this mode: If the defenders fail to hold their ground on a map, they will fall back and regroup on an entirely new map, while the attackers will continue to push. DICE says the game mode is deliberately designed to go beyond an hour of playtime, to give players a more immersive experience.

Other announced game modes include the classic Conquest game mode with up to 64 players fighting over key objectives. There’s also the smaller Domination gametype – which also features objectives, but is more focused on infantry combat.

DICE says more game modes will be announced in the future. As for maps, four have been announced for Battlefield thus far.

The Battle of Amiens pits British and German forces against each other during the Spring offensive of 1918. Amiens was a vital railway junction for Entente forces, and historically British and Australian forces successfully defended the area. According to the map’s promotional image, it looks like a large armored train will play a central role on the map. The St. Quentin Scar also features a battle between British and German forces during the Kaiserschlacht. Historically, this battle probably takes place in the town of Travecy as part of Operation Michael – Germany’s efforts to separate the British and French armies. It was the first time tanks were used by both sides in a battle. The German offensive failed, and set the stage for their eventual defeat.

Another map, Monte Grappa, is a massive mountain in the Italian Alps. Here, the Italian army was able to bounce back from serious failures against Austro-Hungarian and German forces. Likely set in the Battle of Vittorio Veneto, the Italian Army kept control of the area by building fortifications and artillery emplacements, which are present on this Battlefield 1 map.

For Empire’s Edge, the map is set along the Italian Adriatic coast. Historically, the Adriatic campaign mainly consisted of bombardments and raids by Austro-Hungarian forces. It’s probably inspired by the 1915 attack on Pelagosa. We know dreadnoughts (and probably torpedo boats) will make an appearance on this map.

DICE and EA have promised to reveal more details on additional maps in the months leading up to the launch of Battlefield 1.

When more details are released for Battlefield 1, you’ll find them here.

Tell us what you think in the comments!