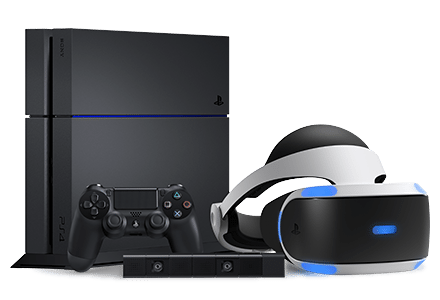 Within the realms of science fiction and fantasy, the concept of actually being imported into a computer generated world where the player actually has a link to their physical body; has been the topic for various forms of media in today’s modern era. This upcoming October 13th 2016, that topic will finally become a reality; Sony PlayStation is setting to unveil their flagship hardware of Virtual Reality or PS VR for short. The hardware is suggested to be priced at $399 USD while the core system is still priced at $349 USD. This revolutionizing technology is set to have a significant impact upon the world of gaming and media in general, imagine now standing within the ranks of warriors in the epic tale of Braveheart and hearing William Wallace give the captivating rally about freedom.

This upcoming Fall season is set to immerse gamers into the world of next generation gaming like nothing else has ever before. With 50 titles expected to be released upon its arrival; we can only assume that; this is still uncharted areas for the electronic giant Sony. The lineup of AAA games set to be released specifically for VR are not all known; however the following have been confirmed:

Virtual Reality has the possibility of becoming the next stage in the evolution of gaming as we know it to be, with this major technological event upon us; can we do anything less but to expect greatness or brace for buyers remorse?.