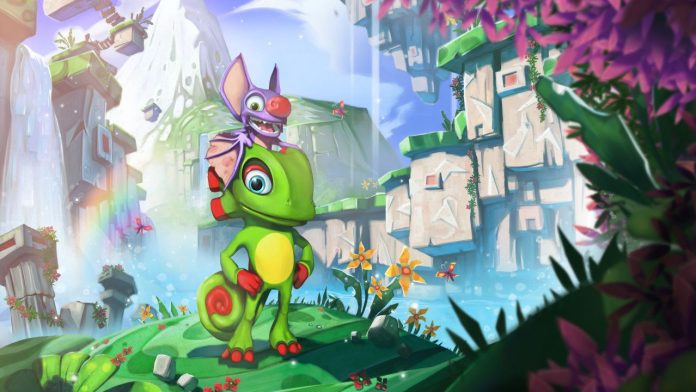 Playtonic Games have released a new trailer showcasing the Toybox mode of it’s forthcoming colorful platformer, Yooka-Laylee. Widely considered to be the spiritual successor to the much loved Banjo Kazooie series, Yooka-Laylee was originally funded through Kickstarter where it gathered quite a tidy sum.

In addition to the short clip, Playtonic have also released a demo of the Toybox mode for backers of the campaign who pledged at the appropriate level to receive it. The developer describes the demo as “a self-contained, spoiler-free sandbox designed to give backers a taste of the platforming to come in the final game.”

Playtonic has warned players that the demo is only a tiny fraction of the finished game created to let them try out it’s core mechanics and marvel at it’s brightly unique visuals. Take a look at the trailer below or visit Playtonic for more Yooka-Laylee info.

Yooka-Laylee will be available on PC and consoles in early 2017.