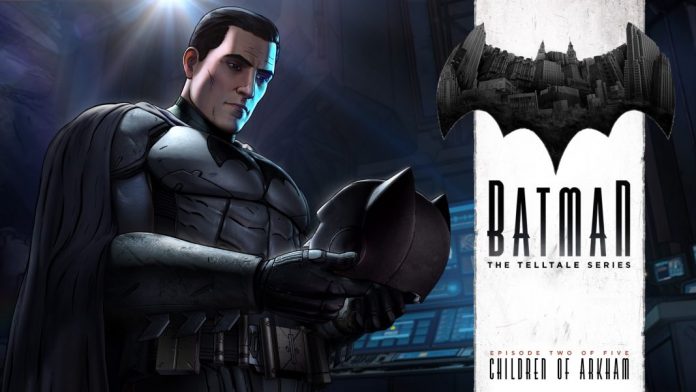 A lot of people (like me) were really anxious to see if Telltale would respect what they announced, that each episode would come fast, on a steady rhythm.  The delivered and now we can already continue the story of Bruce Wayne/Batman and more than ever, the duality comes full fleshed out and offers a story unlike anything I’ve ever seen regarding this beloved character.

Without spoiling any major plot points, I’ll say that Bruce Wayne’s side of the story goes deeper into what is going on around Harvey Dent’s election against Mayor Hill.  There is a lot of power plays between the trios and some major decisions had to be made, especially regarding Hill: because he needs to be asked questions about everything that is happening in the city, you can decide to go see him as either Bruce Wayne or Batman.  I’ve made a choice and seeing how it turned out, I’m sure it lead me to a story that could have been different if I chose otherwise.  You also see the return of Vicky Vale, who wants to help you out regarding the events happening around the campaign.  You can go full out to her and confide or keep the information to yourself.  I’m sure this decision will have a deep impact on the story. 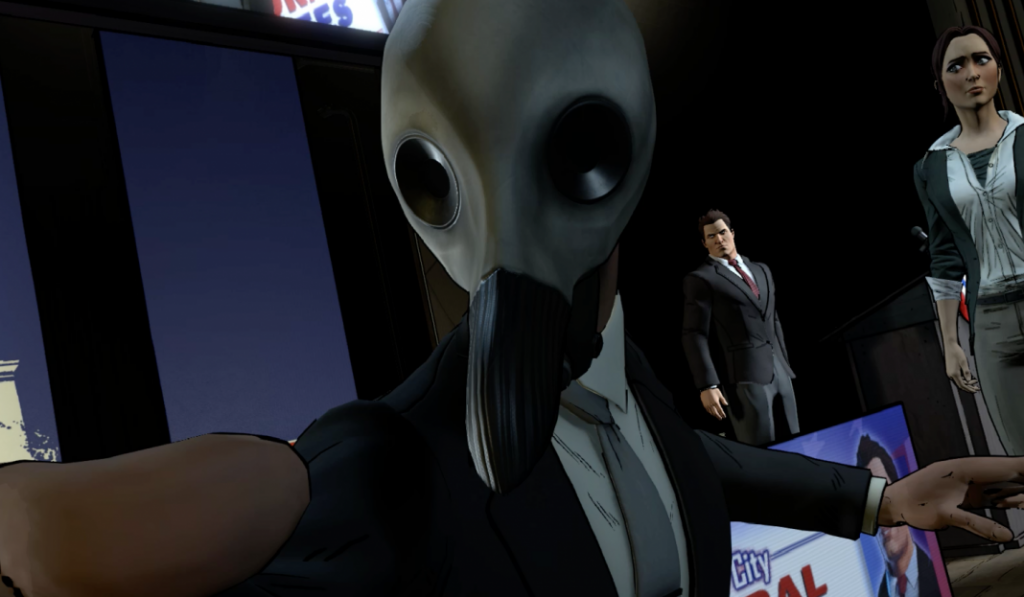 In terms of Batman’s side, and the villains of the story, after confronting Falcone, it looks like Mr. Cobblepot will be important, a.k.a. The Penguin.  We discover that he is a part of an organization called The Children of Arkham, who wants to take the power back and get rid of Mayor Hill.  We now see how the conflicts can occur between Bruce Wayne and his alter ego and it is a serious clash.  Let’s just say that again, it finishes on a really high note and I can’t wait to see how the story continues in Episode 3. 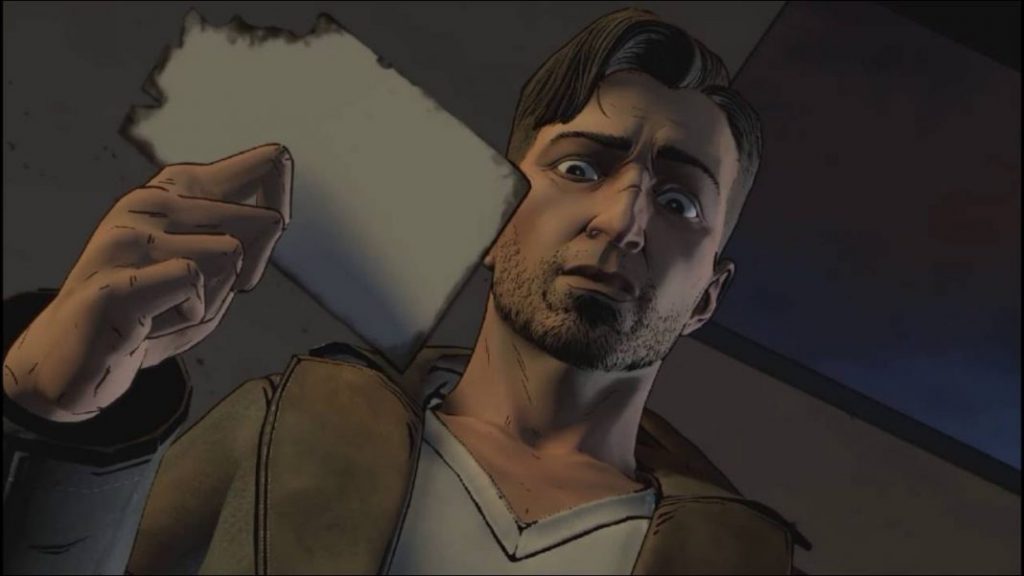 I’m sad though that there were no investigation part like in the first episode.  Instead, the closest thing we had is a scene where Batman must counter three bad guys in an open room with multiple objects around them and you are the one that must make the choices of how you want to tackle every situation by linking each enemy to an object in the environment.  It was very entertaining to see your decision in action afterwards.

Again, I have nothing bad to say about the music, how the story is told and the voice acting of each character.  Telltale is now recognized to assemble a great cast and it continues to shine through in this second episode.  I have to put a big “but” in this affirmation though: for the first time since I started to play Telltale games (my first one was The Walking Dead Season 1), I actually experienced a total game crash on my PS4, with a blue screen, quitting everything and sending a report.  It never happened to me before.  I hope this was only a fluke and that it will never happen again.

In conclusion, let’s just say that I don’t regret to have purchased the season pass for this story and I’m very excited to continue to play this game.