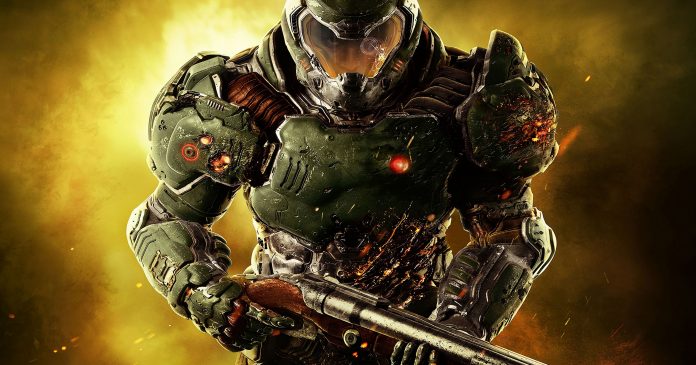 Earlier today an article game out from videogamer.com which stated that Bethesda’s VP of PR and Marketing, Pete Hines, was surprised by how well received the single player campaign for Doom was by critics and gamers. It’s an interesting topic because he feared the old school approach would have resulted in average reviews. You can read the full article here, but what I want to speak about is why Doom‘s single player was so good to me as a gamer.

Doom came out May 13th 2016 and the press did not receive review copies of the game prior to launch. Usually when this happens, people take it as a bad sign that a company is not confident in their product. The day it launched I heard some good word of mouth and buzz amongst gamers on the internet. Being a gamer who grew up with Doom and really liking Bethesda’s latest published throwback title, Wolfenstein: The New Order, I decided to give it a shot. I was looking for a good game to start my summer off with and decided to give Doom a chance.

I always like to go into a game as blind as possible and with there being no reviews posted, there was nothing for me to go off of other than gamer feedback. I got home, installed Doom and got ready to see what this game was all about. It opened with a vague story sequence where the Doom Marine has been summoned to once again fight back the forces of hell. There wasn’t much depth in the opening story sequence but I wasn’t looking for depth in a Doom game, I was looking for carnage. Carnage is exactly what I got.

As soon as you take control of the Doom Marine, the first thing you do is smash a demon’s head on the altar your imprisoned in. You immediately pick up a pistol and shoot the remaining demons and then put on your Praetor Suit, the Doom Marine’s armor. From here you are given a tutorial on glory kills, which allows you to use a melee to finish off an enemy in a gruesome yet satisfying way. When you performed a glory kill you regained health. This was the moment the game had me hooked.

The second gun you get is a shotgun and that’s exactly what I was looking for in a Doom game. There is no aim down sights and no reload. You are encouraged to constantly keep moving while blasting demons and performing executions on them all to a noisy industrial inspired soundtrack. You want health? Then find a health pickup or perform a glory kill there is no rechargeable health in doom. The game is old school at it’s very core, something that Doom 3 went away from in it’s release. 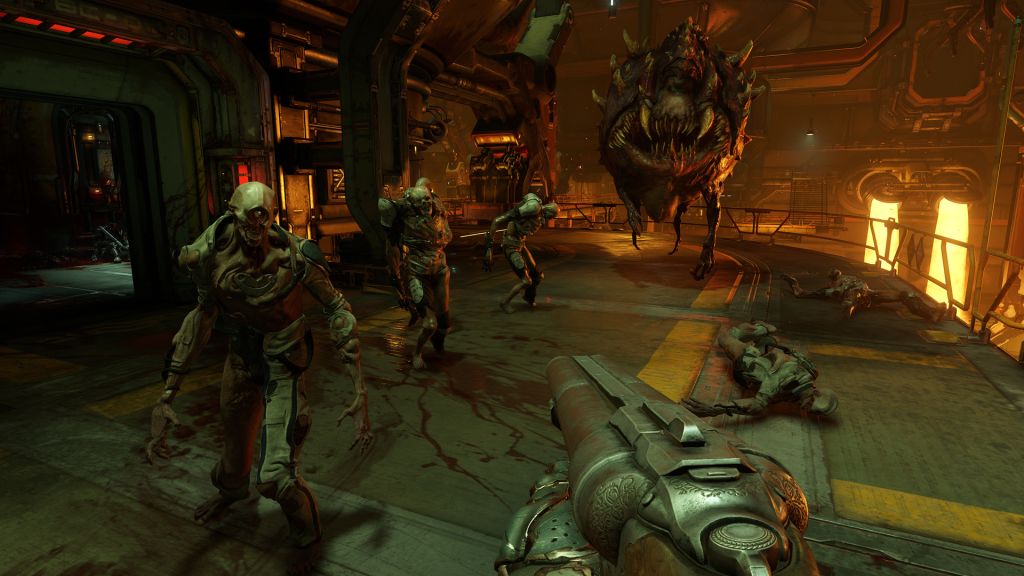 The majority of modern shooters have a similar formula, you aim down sights, stay by cover at all times and hide to recharge health while chucking grenades. This formula works but after so many years of the same thing over and over, the fast paced gunplay and action of Doom was a relief. As the Doom Marine, you are a badass and the game wants you to be a badass. There is lore to the game but it never gets in the way of the gameplay. When I played, I didn’t care about the story I just wanted to enjoy the action. The levels are set up in a non-linear way but you always know where to go by finding the correct keycards to open the colored doors. I never felt lost in a Doom level but also felt like I was able to explore without being overwhelmed like say in Skyrim. The levels are focused and they are levels in the traditional sense. When you complete one you move on to the next, this isn’t an interconnected open world.

When playing Doom you forget all about your real world problems, the only thing that matters is destroying demons. The adrenaline I got from playing this game was second to none. Doom allows us to be the badass we dream we could be and is the perfect escape from our own reality. Doom is fun and keeps you locked in at all times. This is essentially why I started playing video games in the first place, to have fun and distract myself from real world problems while doing something I could never do in real life. Bethesda tapped into what truly makes us all gamers with the release of Doom. This is why the single player experience has resonated with so many gamers. It brings back the reason why we started playing games. Doom is a nostalgic package wrapped up in modern graphics and controls. It got to the root of my gaming hobby that no game has done in quite a long time. It made me remember games of my youth while still enjoying a brand new experience.

Best of all, the game is just pure fun. Sometimes people can forget that games are a form of entertainment. Some are meant to tell a story and raise certain feelings and emotions but most of all they are meant to be fun. Fun is exactly what I have when I play Doom. I still play it from time to time even though I’ve completed the game twice and dabbled in the snap-map feature quite a bit. I wasn’t a big fan of the multiplayer that was included but I still go back to that single player campaign months later, even with new shooters releasing or about to be released.

Pete Hines, that old school flavor you were going for in Doom is exactly why it’s so well liked by gamers and critics. You recaptured an essence of gaming that was all but forgotten and I as a gamer couldn’t be happier with how Doom turned out. Bethesda essentially developed a fresh take on an FPS game by going back to the very roots of what created the genre in the first place.