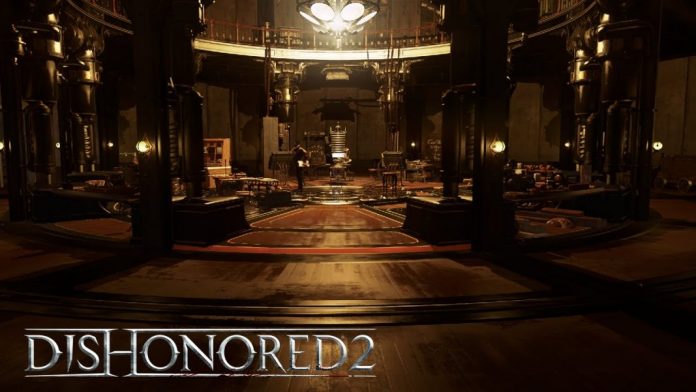 One of the major pulls from Dishonored was the choice to be able tackle your missions in a variety of different ways. You could go in all guns blazing and torment the enemies in whatever way you see fit. Or you could go for the sneaky stealthy approach.

Yesterday, we brought you the ‘High Chaos’ gameplay trailer (go check it out, it’s awesome) for the Clockwork Mansion, in which Emily found her target by taking on all that Kirin Jindosh could through at her. In this new gameplay trailer from YouTube, Emily is approaching the Clockwork Mansion from a ‘Low Chaos’ tact; being stealthy, not raising the alarms, hiding bodies etc. Her goal, to rescue Anton Sokolov before returning to take on Kirin Jindosh.

On top of the powers we saw demonstrated yesterday, we see Emily employ to additional abilities to get around her enemies:

We also see the assassin use a rewire tool on one of the clockwork soldiers, disabling its threat.

More and more Dishonored 2 can only be a good thing. Which route would you go for: High Chaos or Low Chaos? Let us know in the comments below or on the RGM Forums.