“I’m just going to put it right out there, straight off the bat…there has been a lot of dick waving of late. Ok, that probably needs a little depth to it.”

Microsoft has spoken with Eurogamer about more details regarding Project Scorpio (their new ultimate gaming behemoth) and have said that Sony’s PlayStation 4 Pro is not able to handle 4K natively (on the machine as a standard, not via up-scaling) and that they didn’t aim high enough when developing it. There’s been a lot of bluster in the last week from Microsoft who seem to be strutting their stuff, as it were. Essentially, this is peacocking.

I probably should explain, if you at all follow any sort of gaming media you will be aware of the constant onslaught of the ‘1080p 60fps’ articles/discussions that have been doing the rounds during the life of this console generation thus far. During the first couple of years you couldn’t go onto an online space and not see an article about “Game ‘X’ runs at 900p and 30fps on Xbox One” or some variation of this.

I get it, the point was to emphasise a difference between the machines, the PS4 had extra brunt that the Xbox One doesn’t and boy, oh boy, do we know about it, because now, it’s all we seem to care about.

Of course I’m speaking generally, but look at the way the gaming industry is going…PS4 Pro, HDR gaming, 4K, Project Scorpio, an endless barrage of HD remasters and re-releases and constant flame wars between fanboys declaring one side of the fence is greener than the other. Is it all about aesthetics? Can a game be good if it’s super shiny but plays like an elephant trying to wallpaper a sloth to a moving target? No,

but the market has made it out that it matters, so now the consumer, to some degree, now thinks it matters. So whoever can show off the shiniest shiny in all the land deserves the right to own your gold coins/rings/rupees (delete as appropriate).

What happens when you win something, or you have a new piece of tech/accessory/jewellery/clothing etc., and it’s a bit costly, do you show it off? Probably. That’s what we do, we like to tell people and show off a little. Feeling a little proud in what we have. Peacocking, generally refers to a way in which one dresses, usually someone would dress ostentatiously in order to garner attraction to make oneself stand out from the other ‘peacocks’ in the crowd. 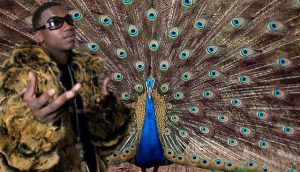 You’ve seen a peacock right? All feathers and colours, pretty impressive, oh wait there was a penguin next to it? I didn’t see that!

The gaming industry has always had an element of peacocking about, but it seems particularly conspicuous at the moment. Having worked at GAME for a long period (12 years, eep!) I remember the excitement around the new consoles; Xbox 360, Nintendo Wii and PlayStation 3, Xbox One, PlayStation 4 and a bit towards the Wii U; it was filled with endless discussions about what potential the consoles had and what they meant for gaming going forward. There was, of course, a lot of speculation before any of the consoles released.

Of course, when the consoles finally release and people get their hands on the new machines, so begins the heated debates. Hell, that starts before anyone has seen it…how can you possibly speculate on a game/machine/tasty bagel if you haven’t seen, used or even touched it????  I have always been aware of the dick waggling and arguments that goes on between companies and fans: 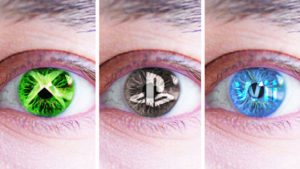 “Mine’s better than yours”

“PlayStation has got the best games”

“Sony are rip offs, making you buy something you need, why not include it in the box straight away [memory cards]”.

“Mine is the most powerful”.

Sony definitely learnt from their slow start with the PlayStation 3, having caught up towards the end of the last console cycle (it is still going, but much more low-key), Sony made a conceited effort to wow the world when they launched the PlayStation 4, and they did. People were very much buzzing off the initial reveal. There was a lot to it, especially considering Microsoft’s foibles early on (more on that shortly). Currently the leader of the current cycle, though the gap is closing, Sony have done their best to push a console that is

“4 the players”, a somewhat nauseating tagline, but nevertheless effective. Making few innovations over what they’ve done previously and keeping it simple, the PlayStation 4 essentially took the baton from the PlayStation 3’s eventual momentum and kept running.
Where the PlayStation 3 gradually built up momentum and passed that onto the PlayStation 4 for the next round, Microsoft took the incredible start and consistent momentum from the Xbox 360, passed it to the Xbox One where it proceeded to face plant into the mud and dust, before getting back up and trudging back up to just behind the PlayStation 4. Microsoft has made an impressive console in the Xbox One, a home ‘hub’ for all your entertainment needs, the only ‘one’ box you need under your TV to harness everything you might want; gaming, TV streaming, Netflix, Skype, social networking. It offered a lot and was totally mis-sold. 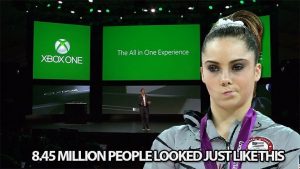 Microsoft’s problem, in my opinion, was assuming that the millions of people around the globe watching them reveal their “difficult third console” would know that what they were revealing was in fact, primarily, a games console. People exploded following the press release calling out Microsoft for having abandoned the “loyal gamers”, which led to Sony jumping on the bandwagon with the “4 the players” nonsense. But this is, in part, Microsoft’s fault, they showed very little software and more features initially (something they made up for in every conference after that by showing a truck load of games).
Knowing your audience is key it seems.

Nintendo’s Wii U: The Wii U is a strange one. Deciding that different is good (and it is) it went to integrate a tablet into the main controller and innovate games in this way. Essentially they made a Nintendo DS that can be played through your television. As per Nintendo standard, it now seems, it sacrificed the looks for the difference (it paid off with the DS to be fair). The Wii U, is definitely the runt traipsing along at the back of the race, surprising, considering the Wii’s success. This, alas, be the foibles of the casual market. 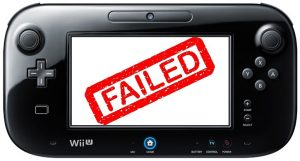 People hadn’t touched their Wii’s for months/years, often yellowed and dust filled, they sit there unused. Often forgotten about, like the dirty little secret that occasionally crosses your mind. People confused the Wii U as an expansion for the Wii, with people purchasing Wii U games for their previous Nintendo Wii. Again, knowing your audience and marketing appropriately is key. Nintendo likes it’s consistency it seems, but as with the 3DS naming a console almost too much like it predecessor leads often to confusion (chronology aside, very few people got confused with PlayStation’s 1 through 4, though questions are often raised when people consider forwards compatibility in their older consoles [the mind really does boggle].

So, what is the point that I am so laboriously trying to get to? Well considering the efforts and foibles made by the companies in the past, and presently. People are often swayed by the marketing that goes into advertising their console. In other words: who’s peacocking the best? Someone messes up or makes a mistake and the other immediately takes advantage of this. This is mainly a Sony and Microsoft feud, Nintendo just keep doing their own thing regardless.

So what happens next, you make a decision and pick a side. But are you secure in your choice, or were there doubts…

Penis envy is a term often associated women. It is an old Freudian theory termed, fittingly, by Sigmund Freud. In the theory, Freud determined that females often experienced envy of males because they did not have a penis, causing a large amount of anxiety and perhaps hostility.

I feel that in choosing our gaming consoles we often encounter, among other things a similar experience.  It is most often the case that we can afford only one, or two if  we’re lucky, of the main consoles. Some people are affluent enough to be able to purchase any they so wish but for most of us it is a tough decision for which to go for.

There are often many things to consider; 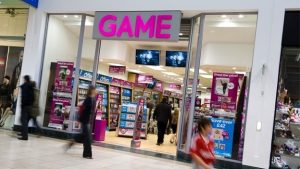 – What have your friends got?

So you’ve considered all these things and made a decision, either by yourself, with the aid of your friends, or with the advice and considerations brought to you by an informed member of staff at your local gaming emporium.

I’ve experienced what happens next plenty of times. Maybe this will ring some bells, maybe not just with games but with life decisions, or other important choices you’ve had to make…

Regret. You feel anxious. You start to notice appealing things about the other candidate/women/man/political party. You wonder if you’ve committed wrongly. Wasted your money. Doubting yourself. Questioning your ability to make a correct decision. You must be a failure at life. Can’t do anything right. Can’t afford to change. So you’re stuck with this unwanted thing. Resentment builds. You’re in denial. You wildly defend your choice wherever possible. Internet forums and Facebook comments sections become the battleground. You must defend your choice. Whenever you think your decision is being questioned. Eventually, you neglect it and get bored with it. Done. Trade it in when you eventually can. 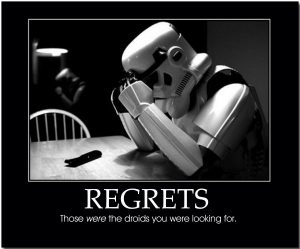 Ok, so I’ve not experienced it to that level, but certainly to some degree what people go through in their lives, regardless of the context. But remember, it’s easy to be persuaded by the shiny boxes, fancy words and glitz and glam of propaganda.

It’s hard to make decisions in life, even if you weigh up all the options, liaise with various people, speak with professionals and rationally look at EVERY POSSIBLE ANGLE and still can’t make a decision that you feel right about. Whether it be because of fear of making the wrong choice or because you genuinely don’t know. Life is for living and is often rife with tough choices, but in some ways that what makes life interesting and going with the flow, playing the cards your dealt.

Or waggling the dick you’ve got. 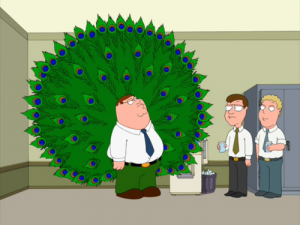