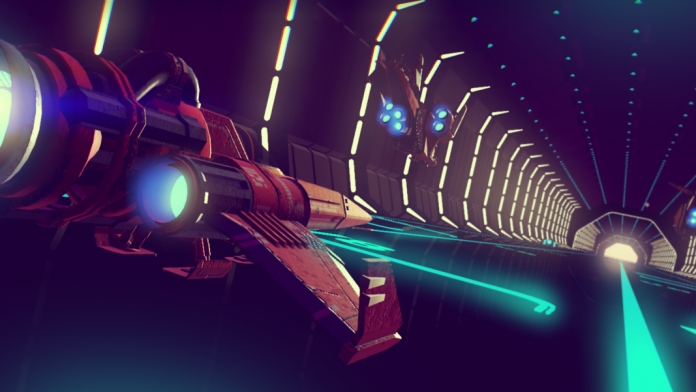 If anyone was looking for any updates from Hello Games on No Man’s Sky, it appears you won’t be getting that quite yet. However, if you wanted some drama, it appears that there’s plenty of it, along with some new tweets coming from Hello Games and Sean Murray that may lead some to question the state of things at the company.

This was posted on their account, but was taken down shortly afterwards by what can be assumed other members of the staff that didn’t quite feel the same way. Due to Hello Games being completely silent on their Twitter page prior to this, it seems that this tweet caught both them (and Sean Murray) seemingly off-guard, leading to them currently doing some damage control (more on that later).

The story then proceeds with Polygon receiving a direct email from Sean Murray’s email account, who sent the following message:

No Man’s Sky was a mistake.

I have contacted you because the silence from Hello Games has been unwarranted and unprofessional. The community has asked me to speak up, and I have a confession to make. The game was simply unfinished upon arrival. Our hand was forced by not only Sony, but the community as well. The constant harassment and absolute gross misconduct on the community’s part has made it hard to fulfil our artistic vision, while the pressure from Sony to release the game as soon as possible forced us to cut key features. I want to apologize for what we did not deliver on, as the game does not meet up to what our artistic vision was.

However, we do wish that the community was more understanding of our situation. Many people have asked for refunds despite our promise to continually improve and update No Man’s Sky. We are just a small studio that has poured our blood, sweat, and tears into this project. The complete lack of respect when it comes to the work we have done absolutely saddens not only myself, but the team as well. We want to improve the game to the point we dreamed of it being and beyond.

I hope everyone affected understands,

There was also a response from the writer identifying as Sean Murray regarding the tweet itself (note: this hasn’t been confirmed as written by Sean Murray himself): 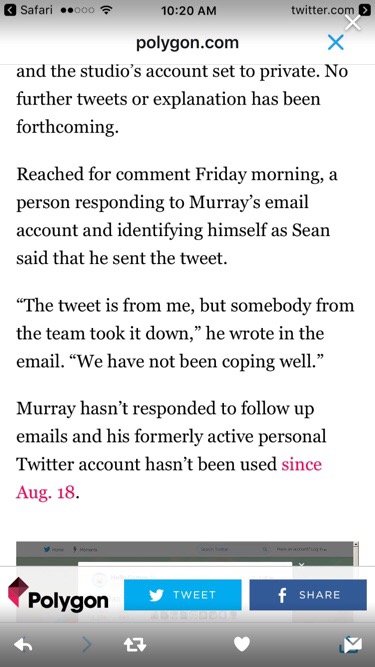 Now, this part of it both enhances the intrigue, as well as discredits the idea that this was actually, Sean Murray. As Polygon pointed out in their article on the situation, the email uses the incorrect spelling of apologize (if it was actually Sean, he would likely have used the British-English spelling of the word apologize, which has an “s” instead of a “z.” The two Polygon employees who received the email supposedly had no prior correspondence with Sean Murray, so there’s also a bit of oddity in the decision to contact them out of anyone Murray could’ve contacted.

Since the deleting of the email, both the Hello Games and Sean Murray Twitter pages have done some form of damage control with their tweets making light of the situation: 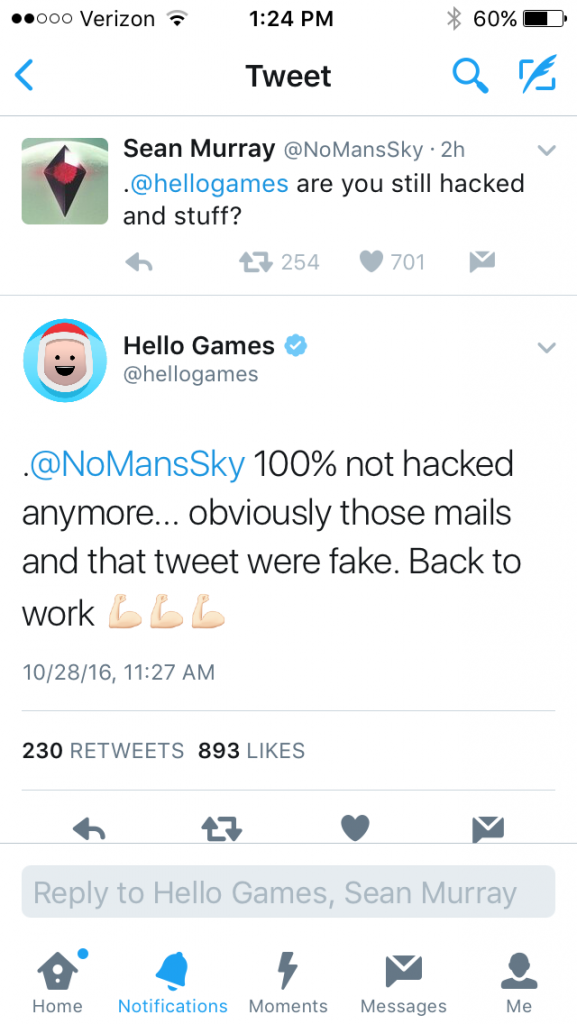 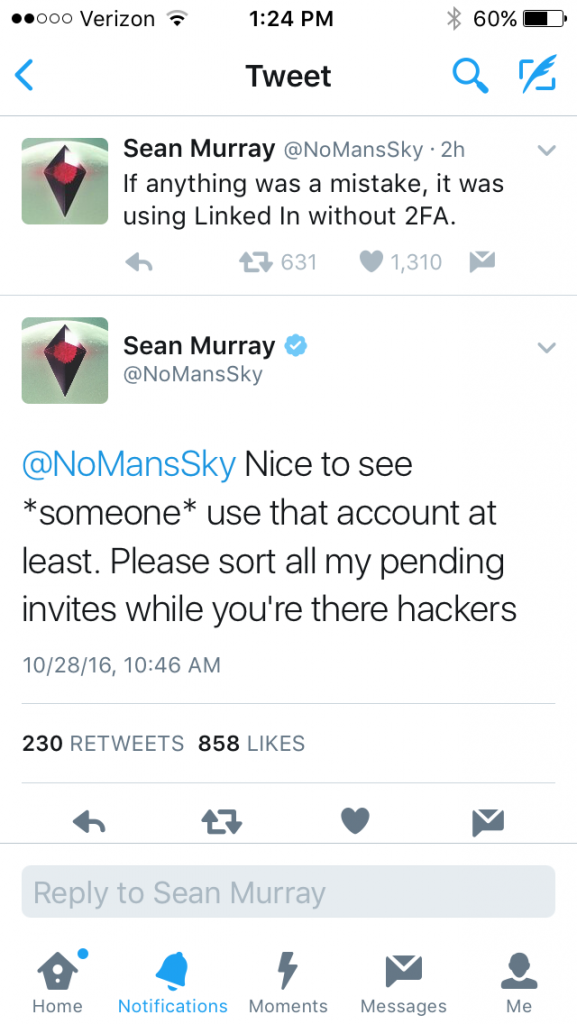 Now, this doesn’t exactly seem to inspire confidence in the stability of Hello Games, as their complete media blackout up until now hasn’t exactly warranted the benefit of the doubt from gamers. There is only a certain amount of options when it comes to responding to such a situation, so it’s not like there’s any “perfect” way for HG and Murray to speak out on the tweets. These tweets, however, don’t seem to be doing what they hope it’s doing. The one tweet with the most questionable phrasing is the one that states “Obviously those mails and that tweet was fake.” This, again, may have more to do with the fact that they’re taking a more light-hearted approach to this crazy situation, but after a complete blackout for the last couple months from both social media accounts, you’d think they’d be able to speak to everyone like adults and enlighten them with their REAL thoughts. Their joking approach isn’t exactly helping with a situation that primarily inspires doubt in the company’s stability.

With any other company, like a Naughty Dog or a Rockstar, this wouldn’t quite hit the level of controversy and intrigue that the “NMS was a mistake” tweet is getting. Sean Murray and company have recently commented that they believe the tweet was from a “disgruntled employee,” even though they kept initially stating that their account was hacked.

Overall, this may just turn out to be the words of an employee who took out their frustrations about the project through hacking the main Twitter page and Murray’s email and LinkedIn account to express what upset them so much about the situation. Even though it’s unclear who wrote those messages, it’s hard to not see that their messages may be perfectly valid.

Considering how small the dev team at Hello Games is, it’s understandable why they would’ve needed more time to better prepare No Man’s Sky to the public. However, both the gaming media and gaming community are guilty of strong pushback whenever another delay was announced, leading to Hello Games (and Sony) likely rushing the project out so that at least the immense hype built upon the game’s eventual release would stop. Hello Games learned though, that with an undercooked release for an incredibly hyped game title like NMS, the backlash will hit ten times harder if the game ends up being disappointing. Hello Games was in a lose-lose situation. If they delayed it another year (and if Sony was willing to wait that long too) then their most loyal fans would vocally strike and disparage Hello Games every month until the game released. Due to both fans’ (and likely Sony’s) impatience, Hello Games chose the option that saw an underdeveloped game being released instead of the complete experience that they were truly working towards.

It’s important to remember: Hello Games has never had any release even remotely close to what they dealt with on NMS. Sean Murray certainly can be credited with that due to his over-promising (which served to ruin his professional credibility) of features in the game, leading to him joining the ranks of Peter Molyneux (creator of Fable, one of the original over-hype men) in the gaming community’s mind.

This situation may end up just being an anomaly in the grand scheme of things. However, it’s rather telling that both Hello Games and Sean Murray were perfectly fine with not saying a word for multiple months prior to this, but now this has got them talking (although they’re not exactly talking to fans or players). If the perpetrator ends up just being a disgruntled employee, then it may indicate that not everyone involved with NMS was content with releasing the game and enjoying the pay checks that were to come. If in the manner of a plot twist, Sean Murray DID write those emails and that now-infamous tweet, then that implies another lengthy story of the behind-the-scenes struggle that led to Sony throwing Hello Games under the bus, and HG’s only option being to get run over in the process. 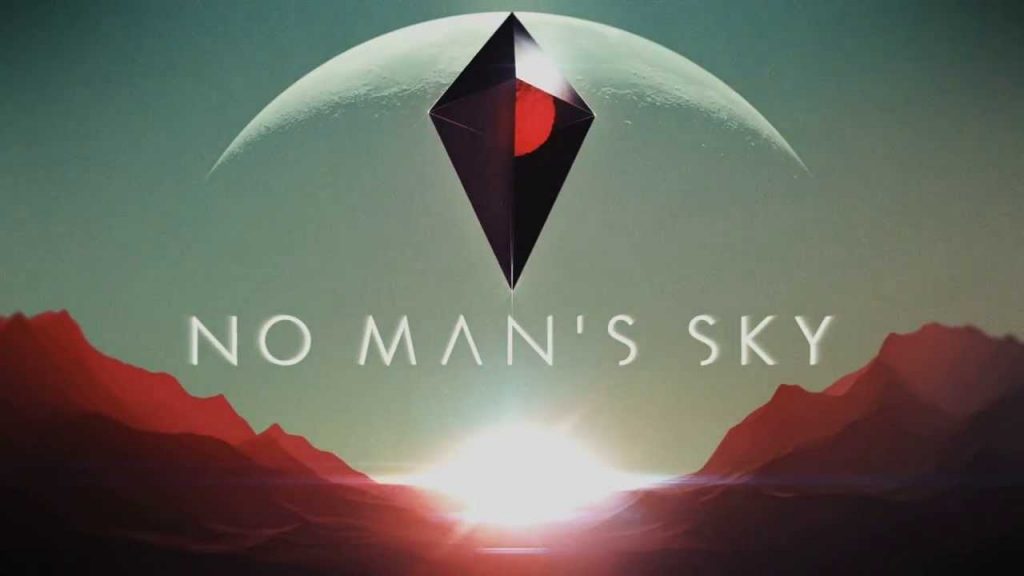 The tactic of “playing off” the situation that Murray and Co. are choosing is reflective of what they did the whole time with No Man Sky’s initial ad campaign: don’t confirm any potentially negative elements, just tell everyone everything’s fine, everything’s working as it should be, and fan concerns are not to be taken seriously.

All that we can hope for is that Hello Games finds their way, finds stability once again, and hopefully too much damage hasn’t been done already that they can’t work professionally again. The game may have been deserving of the critical reviews it received, however I hope that Hello Games doesn’t become another studio that needs close their doors for good.

What do you guys think about this situation? How about the overall No Man’s Sky situation? Let us know in the comments!