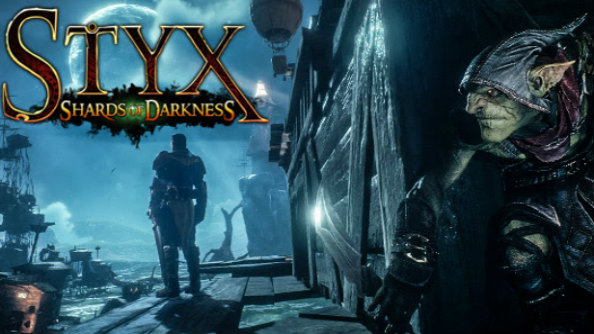 A new gameplay trailer has been released for Styx: Shards of Darkness on Focus Home Interactive’s YouTube page.

Styx: Shards of Darkness is a sequel stealth action game, following on from Styx: Master of Shadows. Styx, originally a character in the action RPG Of Orcs and Men from the last generation, is in search of an ambassador’s sceptre which is powered by a mysterious quartz and Styx wants to get his hands on it.

The trailer showcases some of the new mechanics that are in the game. Styx is quite nimble and uses the environment to his advantage, climbing up walls, extinguishing torches and setting up traps.

As in all good stealth games, a spotted body raises suspicion, and the elf guards on patrol in this video are no different. Styx can hide them in baskets, melt them with chemicals or hide them in conveniently sized baskets.

There is also a crafting mechanic demonstrated in the gameplay trailer. By collecting relevant items in the levels, Styx is able to create new items that he can use to assist him in his adventure. One example shows him using a rotten egg to make a clone of himself which he can throw to a ledge he would not have been able to reach and then inhabiting the body of the clone for a tactical advantage.

The gameplay looks fun and interesting and it seemed keen to emphasise how you can use the environment to your advantage and it is probably key to your success.

Styx: Shards of Darkness was originally scheduled for release by the end of 2016 but was recently delayed until the beginning of 2017. The CEO of Cyanide Studios detailed some of the reasons for this:

“With this new episode of Styx we updated our engine from Unreal 3 to Unreal 4. This update has brought so much to the Styx series, from graphical enhancements to new gameplay mechanics and features. The engine transition has required some time for our team to adapt to. We’re dedicated to providing the best stealth experience possible for players, so in agreement with our publisher Focus, we are delaying the game until the first quarter of 2017.”

Styx: Shards of Darkness is set to release on Xbox One, PlayStation 4 and PC.

Looking forward to Styx: Shards of Darkness? Did you play Master of Shadows? Let us know in the comments below or on the RGM Forums.