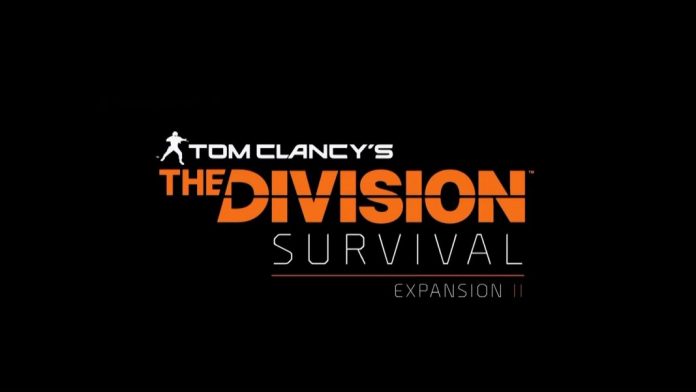 Players of The Division have been patiently awaiting the arrival of its next upcoming DLC, Survival. Originally slated for a release in September, the content was reportedly delayed to fix some of the core issues that the main game had been experiencing since launch.

It seems Ubisoft maybe getting closer to releasing it, as a brand new trailer has been revealed on the official Ubisoft YouTube channel. You can watch the trailer below:

The Survival expansion looks to really bring the harsh cold weather to the game; seemingly making visibility a huge issue. Kotaku have reported on the upcoming content and have spoken in-depth about what the new expansion brings to the game.

The new content creates a new optional mode in the game that is a tense fight for survival in a multiplayer endurance mode. Up to 24 players must compete against each other to survive the harsh weather, lack of food and water as well as a lack in resources (including weapons). On top of this mode, there will be new additions to the Dark Zone as well as the standard game map, including new hideouts.

As part of the new content, a new update is also being rolled out that directly affects a characters hunger, thirst and temperature throughout the main game. Players will need to make sure that, going forward, their characters are fed, watered and appropriately clothed in order to survive the harshness of the winter that has taken over the city’s map.

I had stopped playing The Division a while back and had little interest to go back it, but if I’m honest, this new content sounds really interesting and seems to add a lot of new depth to the game. It’s a shame that this content and the features within weren’t included from the off as I feel that would have kept me playing, or at least made the game more interesting for me from the off.

There is still no release date for the Survival DLC but Xbox and PC players will receive it first due to the exclusivity deal Microsoft has on the game. PS4 players will need to wait (probably 30 days after release) for the new content.

Will this content bring you back to The Division? Let us know in the comments below or on the RGM Forums.