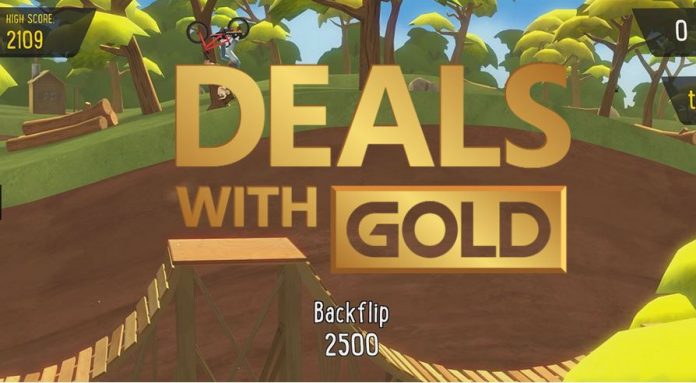 This week’s Deals with Gold and Spotlight Sales have been announced with a strong focus placed on the sports genre. This did make my recommendation a little tough as I don’t generally play a lot of sports games (Rocket League being the exception), however I have played and enjoyed Pumped BMX + which is a lot of fun, so at a discounted price of $2.50 USD for Gold Members we can’t really go past that as this week’s RGM recommended pick up.

Pumped BMX + uses the hit game ‘Pumped BMX 2’ as inspiration – taking everything which made the mobile version so successful and enhancing every aspect of it for console. Originally developed by one man studio Yeah Us!, Pumped BMX + sees players ride their way through increasingly challenging levels while pulling off crazy and impressive trick combinations. The game lets players choose their rider style and throw down their best stunts whilst racing through more than 500 challenges to reach the top of the leader boards. – Beautifully rendered 3D high definition graphics and animation – A new enhanced and intelligent control system – A brand new fully licensed soundtrack – Loads of authentic BMX tricks which can be combined for almost unlimited creativity.

Here is the full list of this week’s Deals with Gold and Spotlight Sales for Xbox One and Xbox 360: