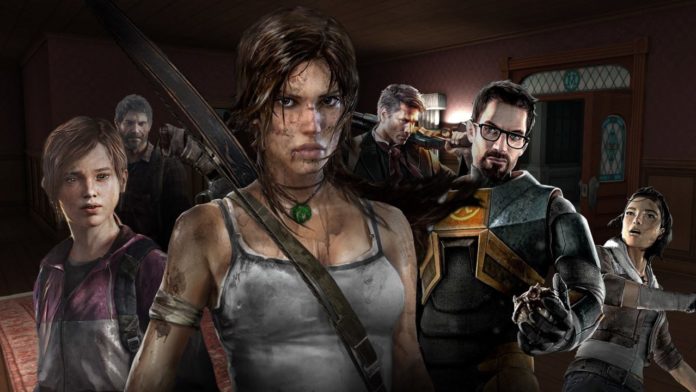 Within the last decade, video games have exploded in popularity. Far from being things for children to play in an arcade, video games have now become a blockbuster piece of the entertainment world that rivals Hollywood in size and revenue. As the gaming industry has grown, so has it evolved. Games are no longer necessarily just for pure “fun,” although of course some are. Many games contain thought-provoking social or political messages. Others task players with nearly impossible choices, forcing them to make sacrifices similar to difficult real-world decisions. Yet others eschew gameplay for storytelling, being almost entirely a long string of interactive cut-scenes. The impact this has had on society as a whole cannot be denied, as video games are now more accepted as a form of entertainment and deep storytelling akin to a novel or movie. The common tirade of video games causing violence continues to permeate social media despite a lack of real proof and an overwhelming amount of scientific evidence to the contrary.

This genre is used for a truly incredible amount of varied storytelling. Obviously, simple games that are pure fun, like Mario, still exist; however, the rate at which more cinematic games with enrapturing storytelling is growing at an exceptional rate.. The fluidity in the types of games means that audiences of all ages, male and female, can find something with which they identify or a universe they want to explore. While many games share common themes, such as dark fantasy or science fiction, no two are alike, meaning that the exact purpose will vary depending on the developer. Overall, games are made to entertain but the variation is introduced in the form of entertainment. Mystery, romance, explosions, puzzles, horror and more, are all present within different sub-genres that appeal to different audiences.

Video games also have advantages not found in other forms of media, with  being present in people who play video games regularly. Video games are also used for therapy in treating military veterans with PTSD to acclimate back into civilian life as well as for victims of abuse to help rebuild their self-confidence. 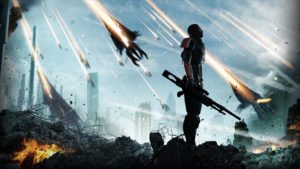 One excellent example of this genre is that of the Mass Effect Trilogy, a series of science-fiction role-playing games produced by the Canadian game company Bioware. They put a player in the shoes of Commander Shepard, a man or a woman, tasked with saving the galaxy one step at a time. These games provide excellent examples of how video games can be used to give a narrative just as, if not more, enthralling and personal as any movie or book series. Players have to make very difficult choices and each choice could mean life or death for a squad mate or even a planet. 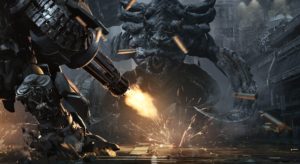 Another good example is StarCraft, a series of science-fiction real-time strategy games designed by Blizzard Entertainment. Starcraft places players in command of one of three different species to lead to victory in galactic conquest. Mathematics, quick thinking and learning with an appreciation of tactics is necessary in order to win, forcing players to expand their critical thinking skills while becoming engrossed in the story. 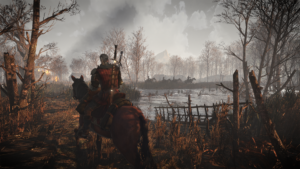 Shifting from science-fiction, the next example, The Witcher, is a series of roleplaying games set in a dark fantasy universe created by Polish author Andrej Sapkowski. Players take on the role of Geralt, a professional monster slayer, or Witcher. Murky morals, seedy taverns, ancient curses and horrific beasts abound in this series of adventures. Choices are not easy, and a particular emphasis is made on having to choose not between outright good and evil, but at many times the lesser of two evils.

All of these examples are different but they share some common themes. Quick thinking is absolutely necessary in order for the player to succeed. Whether that thinking involves choosing which injured squadmate to rescue, which section of any army or base to fortify, or whether or not you should help a man with a monster problem regardless of whether you agree or disagree with his personal morals. Choices and quick thinking are required, so if a player does not naturally have these skills, these games will force them to learn, forcing them to restructure the way they think. In purely mathematical terms, this is best demonstrated in Starcraft, which clearly shows that a story can be educational and beneficial for someone to play as well as watch and enjoy. Starcraft has become so successful that there are national championships held in the U.S.A and in South Korea yearlong, showing the impact video games can have on sports, as in South Korea televised multiplayer matches of Starcraft are more popular than any physical sport. Mass Effect, above others of even the same sub-genre, shows how personal a journey becomes for a player who has crafted their character, forged friendships and relationships and has their decisions made across games recognized by the shifting universe around them. Finally, The Witcher, perhaps better than any other game series in existence currently, shows how players are rewarded or punished or both depending on what decisions they choose to make, often with no technically correct or incorrect choice, which allows them to better understand the consequences of any choice in real life. Renowned actor Charles Dance, well-known on the HBO series Game of Thrones, is providing the voice for a major character in the latest Witcher installment and said that “This is my first video game that I’ve performed in, it’s a whole new world for me. It’s quite exciting actually. The whole rise in the popularity of fantasy now is quite extraordinary really, it’s no longer the realm of children’s entertainment, it is real, so the whole thing now appeals to quite discerning adults because the special effects are so real, the worlds that are created are so believable but it also employs the most wonderful cinematic techniques.”

These statements correspond well to statements made by professionals working in the video game industry on the evolution of video games and how public opinion is slowly shifting to become more accepting of the idea that video games are the next step in storytelling and entertainment. In all of these ways, video games prove that they are the next true revolution in entertainment. No other format allows the participant to bond with a character, to take on a new role, forces us to learn and can give us rich storytelling and cinematic perspectives all at the same time.