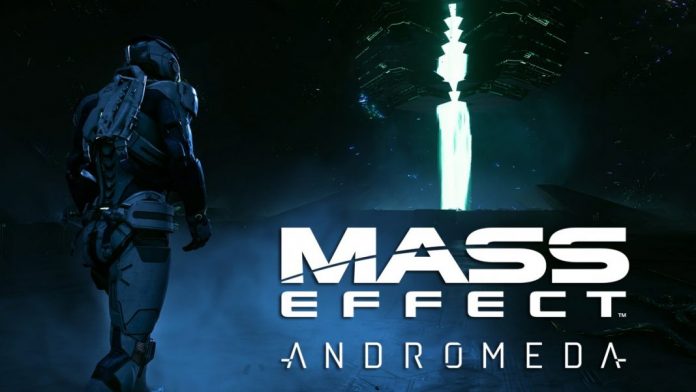 Today, Eurogamer published an interview they conducted with Mac Walters, Mass Effect: Andromeda’s creative director and Fabrice Condominas, producer on the game, to try and pry out some answers for a game that is massively anticipated but with a very low amount of actual information out in the public domain.

I’ve read through this interview and I’m here to give you the gen you deserve for the Mass Effect game we need. Firstly they were asked about a character that was seen in the latest trailer called Sloane Kelly who was the leader of a pirate enclave. From the Andromeda Initiative website, we know that she was one of the leaders aboard the Nexus, which was one of the Ark ships sent to Andromeda and closely resembles the Citadel. What we find out is that the Arks sent to Andromeda got “spread out” and at present, we don’t know what happened to the other ships. There is then a plug for some of the new Mass Effect novels that are coming out, starting with Nexus Uprising, which is directly linked to Sloane and some of what was seen in the trailer.

Something that also comes from this is a gameplay mechanic that sounds like it’s going to be a complete blast, the settlement visited in the trailer is a Milky Way species founded one and a part of the game will be to build similar kinds of settlements on other planets. As Fabrice Conominas said,

“Yes – that outpost is something those species (those from the Milky Way) set up. You will be able to build them as well on the planets you encounter. Not on all planets: there are certain criteria you have to fulfill but you will be able to establish them as a player.”

Condominas then reveals a little bit more about SAM, the electronic sounding voice that is heard when Ryder is asking about Sloane in the trailer – we find out that SAM is much more emotionally linked to Ryder than EDI was to Shepherd, with SAM having been “connected” to Ryder’s father, Alec.

“SAM handles a number of things as well as your vessel. It is connected to you permanently and was connected to – and knew – your father, Alec. There’s a very specific relationship there. It’s more of a partner than EDI was – you’re way closer emotionally to SAM” 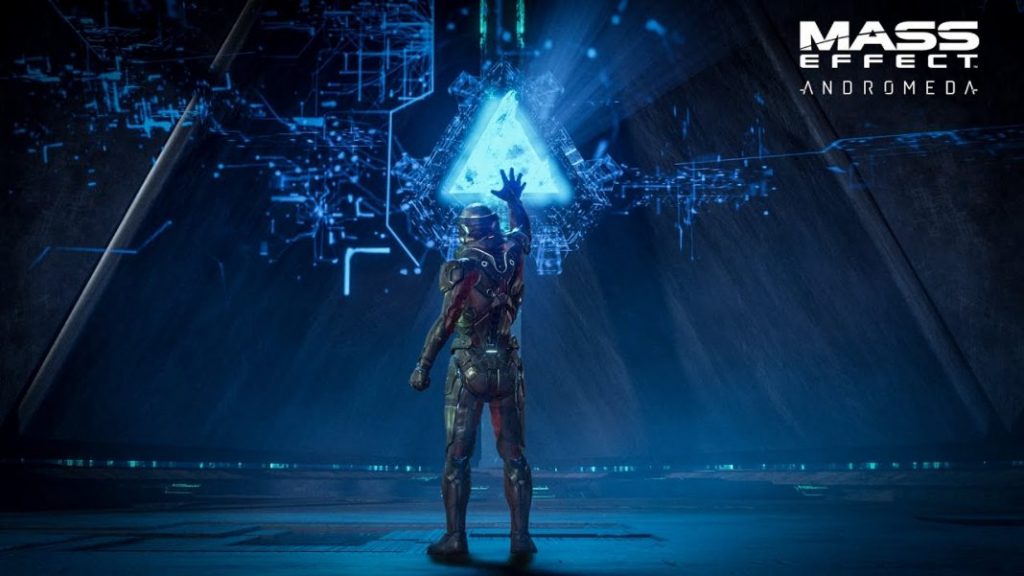 The next thing that I should imagine will please many of you, as it pleased me to see it, was that BioWare aren’t just leaving the poor lip-syncing that was seen in the trailer. This was something that I had been thinking about, and seem to remember something similar from Mass Effect 3. Condominas reassured fans that it is something that is being worked on, and it’s usual at this stage in development.

“We are absolutely working on it. As was mentioned in the tweets it’s actually something that comes last in the polishing stage. We’ve been using full facial capture for the first time to record the actor’s performance and it’s also the first time for BioWare [using this technique] working in Frostbite – I think we’re beginning to push that fairly far. We’re actively working on it and it’s the last thing to be polished before we do a manual pass and really, really tweak all those movements because we first wanted to make sure the dialogue is final and settled.”

Next, they were asked about the as yet unconfirmed release date, with the only detail on this being “Spring 2017”. Now Spring is really quite a long time if you think about it, starting in March time and ending around the end of June – that’s quite the window to have a specific release date sat in. However, when games have been given a specific release date far in advance, and have for unavoidable reasons for needing to be pushed back (remembering back to No Man’s Sky creating a massive stink because their release date was messed up) – I suspected that BioWare have wanted to avoid this where possible and hold off on a specific date until they were confident of hitting it, and as it turns out. I was pretty much right, with Conominas saying,

“BioWare is all about quality and believe me – the team is extremely aware of how fast that is coming [laughs]. But we’re focusing on that – that’s our objective. Maybe we’ll need two extra days? When we’re 100 per cent confident we can go to certification on a certain date, then we’ll give a very specific date. In the meantime, we’re focusing on quality and every day counts. We don’t want to pressure that.”

Then Mac Walters started getting a bit more involved in the interview, talking about the novels again, really pushing that they will help with all of the backstory and scene setting for Mass Effect: Andromeda, however there was then some questioning on squadmates, specifically whether 6 is the magic number to choose from (Liam, Cora, Peebee, Drack, Vetra and an as yet unknown 6th from the Andromeda species) and also a little bit of info into a cut character from the game, assumed to be a Salarian. When asked about this and whether or not the character is permanently gone or will make an appearance in some way, shape or form, Walters said, 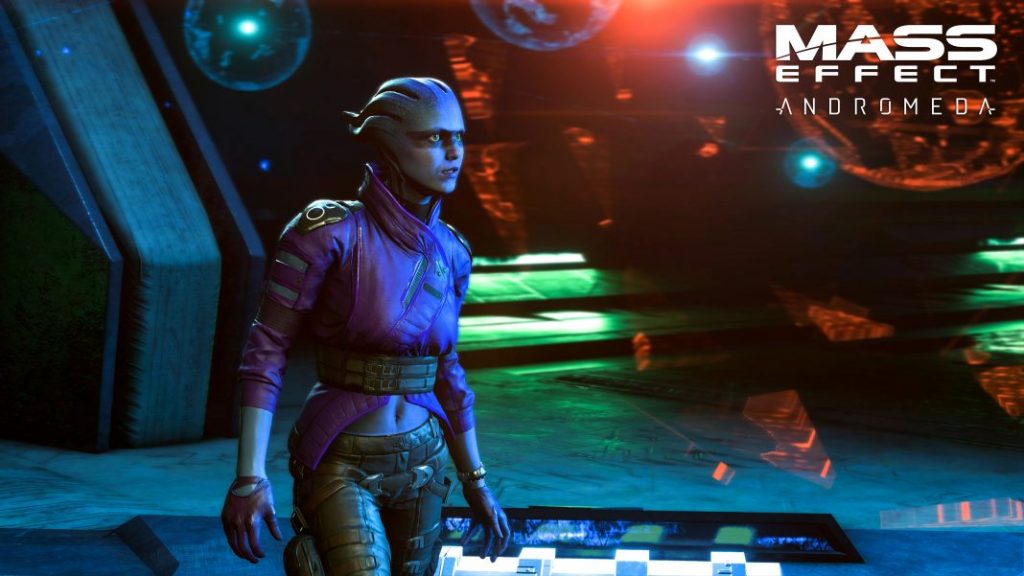 “You know game development is a constant series of decisions – there’s always going to be some scope reductions. Because we decided to do loyalty missions that meant every squad member had their own special mission plus a significant amount of relationship dialogue. Ultimately, the only reason we chose to cut was because of that. It wasn’t that we didn’t like the character – I believe at the time it was just which ones were furthest along. As for whether we’d see them again in the future – it is possible. I think a lot of people like the idea for the character. But you never know – sometimes what we do is instead of coming back to it in the game he’ll come back in a book or comic or something like that.”

We were then reminded of the controversy of the Day-1 DLC for Mass Effect 3, with Javik being a DLC character for the main game and BioWare saying that they wouldn’t do it again however in another recent interview, Walters had talked about the possibility of doing exactly that with Mass Effect: Andromeda. Classification was required and an incredibly early possible announcement of Mass Effect: Andromeda 2…

“Yeah – I think there’s a lot of different ways we could introduce new characters like that, new squadmates, whether they are one-offs for a mission… But I think Andromeda is more of a persistent experience, more of an open world than we’ve done before. Even once the critical path story, the main narrative, is done there’s still a lot to accomplish. It’s a game of exploration so if we wanted to create a space for a new follower we can do it. It’s more a question of will we do it, at this point. I wasn’t ruling it out, I think I meant, but it’s certainly possible we’ll bring in new characters before we get to a Mass Effect Andromeda 2.”

A good point was raised about the Milky Way species who are currently confirmed as being in the game (for those keeping track we have humans (clearly), asari, turians, krogan and salarians) but what of some of the others that aren’t currently there – from this I would gather they mean more the quarians than anyone else, but you must also think of the batarians, volus, hanar, elcor and perhaps even the Geth. Things could be about to get very exciting on that score:

“We have a plan, I can tell you that much. We have a whole backstory around how it is possible any major species you could have seen in the Milky Way could one day be a part of the Andromeda adventure. And that plan will be revealed when we ship the game [laughs]. As a small hint to that too, we have one of the novels giving some added backstory to that plan.”

That sound extremely intriguing, one theory I have is along lines of creating mass relays between the 2 galaxies, with the ability for new colonists to make their way to Andromeda introducing the possibility of bringing in more species, a more ready flow of characters and more potential links to the original trilogy. 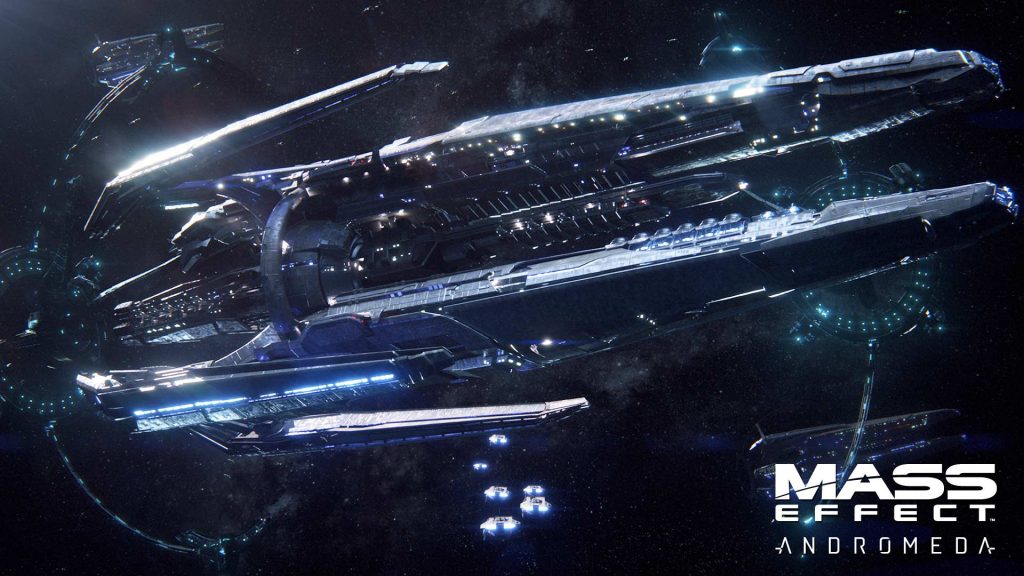 Finally there was a question of the Cultural Centre that was aboard the Nexus, with an explanation of this specific area’s role in the game from both Walters and Condominas, firstly Walters saying,

“That area is more for – if you meet a race in Andromeda which is not hostile – introducing them to the cultures of the Milky Way. So I would say it would represent the species that are in the game and then, down the road, if other species are added, it will expand.”

“The exploration aspect of the game is not only about geography – cultural exploration is key to the game. That notion of exploring the anthropologies and cultural and linguist sides – that’s why that area is there.”

These extra nuggets of information will have to do for now, with BioWare remaining quite tight-lipped on the game, with good reason – they want you to experience the game fully when you first play it, not to build up expectations based on what people have said before hand.

Mass Effect: Andromeda will release in Spring 2017, with many thinking a late March release is likely, on PC, PlayStation 4 and Xbox One.

Are you looking forward to Mass Effect: Andromeda? Or is there something wrong with your very soul? What kind of things do you want to see from the game? Let us know in the comments below, the RGM Forums or on Twitter. If you like what you’ve read then feel free to share this article on Facebook, Twitter, Google+, Pintrest or Reddit using the buttons available!