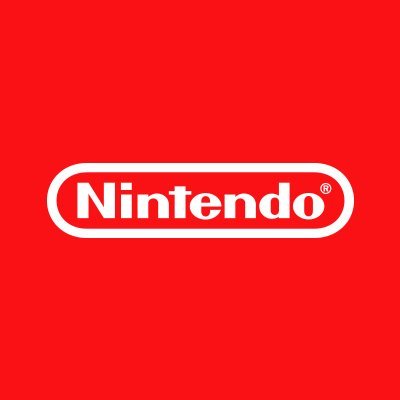 It looks like we have to wait just a bit longer for more information on the Nintendo Switch. 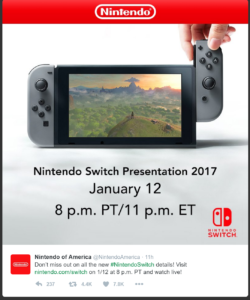 Confirmed previously to be the next day of information for the Switch, January 12th 8PM PT is now the much awaited day. This news was recently confirmed via Nintendo’s official Twitter account.

The tweet released early this morning December 13th instructs fans to look to the official Nintendo Switch section of the Nintendo website to watch all the new details live on the specific date.

Since its official reveal, Nintendo and the Switch has now been in the light a bit more with appearances on Jimmy Fallon, new trailers for Breath of the Wild, and the focus on the latest Nintendo mobile game Super Mario Run.

Nintendo made the wait for the reveal of the Nintendo Switch unbearably long, but it seems we might get our first in-depth look at the details of the console on January 12th. Gamers are hoping to finally get some answers about battery life, hardware power, virtual console capabilities, and more.

Are you looking forward to the Switch? Will you be tuning in on January 12th? Let us know in the comments below, the RGM Forums or on Twitter. If you like what you’ve read then feel free to share this article on Facebook, Twitter, Google+, Pintrest or Reddit using the buttons available!