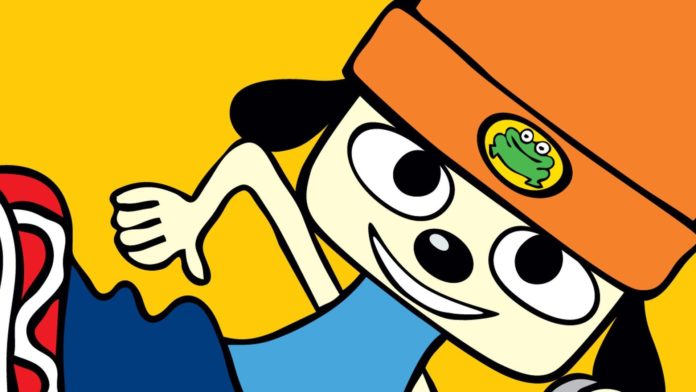 The news keep coming from the PlayStation Experience. Next up is the news that PaRappa the Rapper, Loco Roco and Patapon are all coming to the PS4, in 2017, in the form of remasters.

Sony revealed the news during their conference today at the PlayStation Experience, an event dedicated to Sony’s gaming platform. The scariest thing about this announcement is that PaRappa the Rapper is 20 years old and this remaster is in celebration of that. Wow!

You can check out the announcement from the PlayStation Blog below:

Personally, I always thought PaRappa the Rapper to be abhorrent. Definitely my type of game, but I can see the appeal as to why people might like it (I think). Probably one of the first well-known rhythm music games, it became quite popular; spawning several sequels and spin-offs and even a TV show in Japan.

As part of the blog, Sony detailed some of the features of the remasters:

“The classic hip-hop beats of PaRappa the Rapper, the addictively charming tunes sung by scores of Loco Roco, and the marching war beats of Patapon are coming to PlayStation 4 in 2017. Lovingly rendered in 4K (requires PS4 Pro and a 4K-compatible display) and 1080p, these iconic characters will get a new life on today’s televisions. To give you a taste of the love we are putting into developing these games for a new generation, we are releasing a demo of PaRappa the Rapper Remastered today!”

So have at it, you can go try PaRappa the Rapper Remastered today. Check it out and let us know what you think in the comments below or on the RGM Forums.

You can find all the other news released today from the PlayStation Experience here.

Share the news and remind people how old they are using the handy buttons placed below.