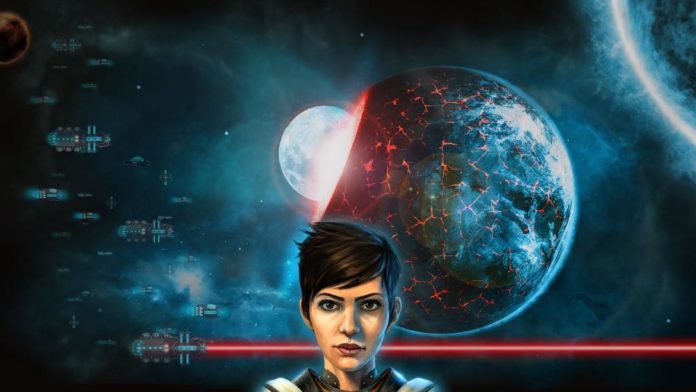 Steel Rain X is a game that commonly goes after the nostalgic feel that many of us have for the horizontal space shooters but it fails to hit home. While its gameplay is enticing and challenging, it seems to be a game past its time that now is a victim of feeling empty when looking at its competitors in comparison. 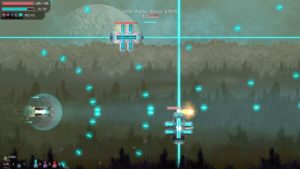 Steel Rain X has comparable graphics to the genre it belongs to but they fail to truly jump out at you. It feels as if the developers weren’t really sure which way to lean with the art style as the ship you command and the enemies you face do offer a futuristic feel but are held back by the arcade style graphics that the game is displayed in. The effects on the weapons you use do fit the game very well but when intertwined with the fast-paced action of the game it is easy to forget them. 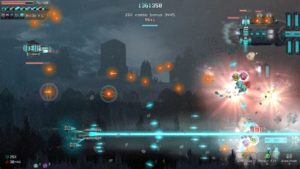 The story for these types of games are usually set aside for the gameplay and Steel Rain X follows suit, but now that this game is on a console rather than an arcade cabinet like its predecessors it feels empty without a proper story. There are a few exposition dumps at the start of each level that provide some context but the overall arching narrative feels uninspired and in terms of a Sci-fi story it lacks originality. 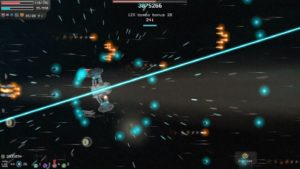 Sound for the game fails to add much of an effect for the player as well. While sound design in this game really comes down to how the sound effects add to the memorable gameplay rather than the score itself, the game again doesn’t feel very inspired. The sounds of your weapons, ship, and enemies are serviceable at best but they fail to reach anything of praise. 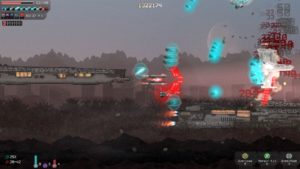 The gameplay for Steel Rain X is powerful and challenging. This is truly where the game comes into its strengths and is its only memorable achievement. You control a single ship against the horde of enemies with 3 forms of attack and defense at your disposal that mostly lead to varying types of gameplay. While the A and B forms of your ship don’t change too much the C form offers an entirely different way to play the game and throughout the game’s levels you are challenged to use all three forms. The threat of the constant enemies coming from both sides leads to frantic decision-making and many hold your breath moments. Not only does the game challenge you, but the RPG elements to upgrade your ship make you feel your ship grow more powerful as each level passes. 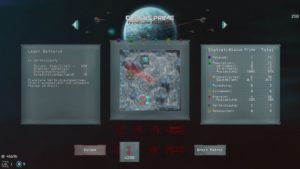 Replay value for Steel Rain X is a tough sell depending on what type of player you are. For those that had pockets full of quarters in the arcades that loved the type of games that built the foundation for Steel Rain X, you may feel inclined to return to the game’s challenging levels. But for those that look for more than a nostalgic push coming back to Steel Rain X may not be for you.

Will you be picking up Steel Rain X? Do you miss the arcade shooters of the past? Let us know in the comments below, on the RGM Forums, or over on our Twitter.