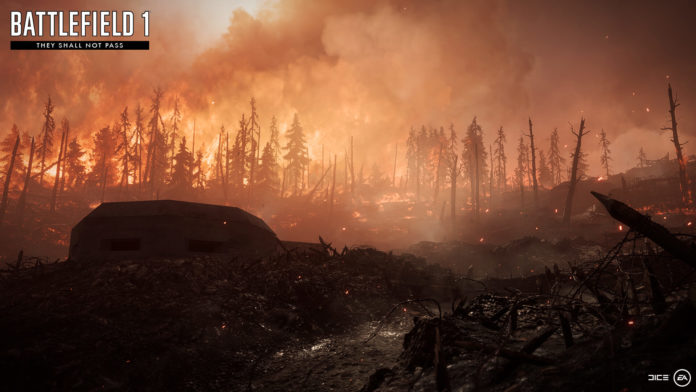 Battlefield 1 adds a whole new way to fight in the newest expansion coming this March – They Shall Not Pass.

This will be the first major inclusion of one of the two remaining allied powers from World War 1, with France previously not being included in the game’s single or multiplayer mode. As of now, no information has been released for an addition of the final allied power, Russia.

Each of the maps explore the different battlefields of war-torn France. From the charred remains of a forest set ablaze, to hardened military fortresses, and the beautiful open fields of rural France.

The new game mode Frontlines creates a mix of the titular Battlefield game modes Conquest and Rush. Capture a neutral flag and push to conquer the rivals headquarters.

Details about the expansion were first released on the official Battlefield 1 website with pictures and descriptions of each new addition, along with concept art of the expansions original vision.

They Shall Not Pass is the first expansion released for Battlefield 1 with more to come as the game is set to sustain the Battlefield series for at least the next few years with EA shifting its focus to Star Wars Battlefront 2.

What do you think of the new expansion? Are you still playing Battlefield 1? Let us know in the comments below, on the RGM Forums, or over on our Twitter.