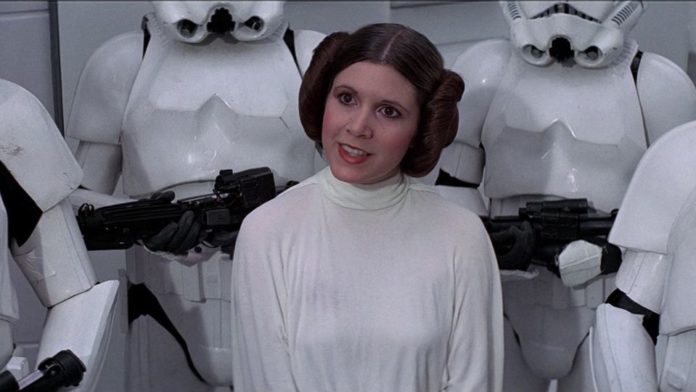 The world grew a bit darker once Carrie Fisher passed away, and her passing came at such an unfortunate time too. Star Wars finally got going again and she had a prominent role as the Princess-turned-General Organa who was the leader of the rebellion against The New Order. With all of her scenes filmed for Episode VIII, you would think that the Force Awakens sequel would serve now as a proper sequel AND a heartfelt sendoff to the character of Princess Leia. However, Disney doesn’t seem so sure about that as they will be meeting with Episode IX director Colin Trevorrow to discuss the use of Leia in future installments and whether or not they go full-CGI. When it comes to whether or not Leia should become a CGI character in future films, I have a simple request to Disney: Please don’t.

*Spoilers for Rogue One included* This situation that would be ideally avoided on Disney’s part for multiple reasons, including the distracting nature of fully-CGI characters (especially one that’s human) as well as the issues that come with continuing the presence of a live-action character whose actress has passed away AND the fact that even with all of the advancements in technology we’ve made, CGI characters still aren’t exactly a part of the uncanny valley quite yet. In Rogue One, Grand Moff Tarkin is re-created through digital means and turns out to be a relatively impressive feat (tech-wise). However, while many audience members likely didn’t notice or pay much attention to him, he simply didn’t…look human. Now, again, I agree that the rendering of deceased actor Peter Cushing is rather impressive, but as I was in the theater watching, my mother whispered to me that he “looked like a video game character.” 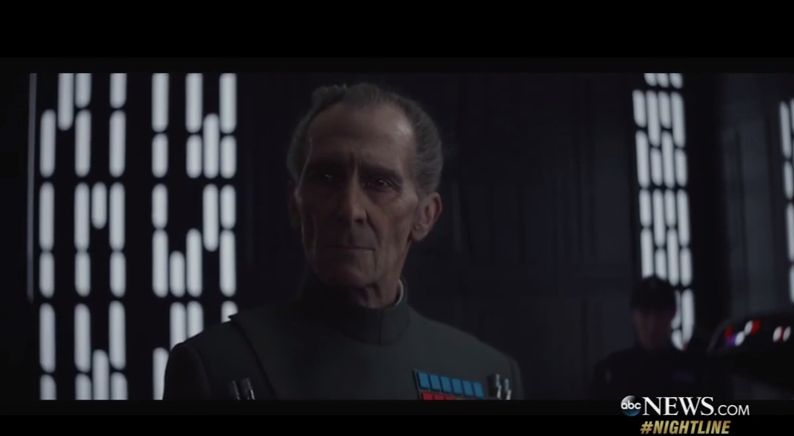 An issue I had with Rogue One was how they took a fully CGI character like Tarkin and not only gave him multiple scenes, but put a lot of focus on him within those scenes. Even with consistent attempts to brush it off, it was simply undeniable how distracted whenever the camera focused strictly on Tarkin. That being said, the CGI was the best it could’ve been and I respect that. However, the final shot of the digital Leia was a different story as it ended up being further from the uncanny valley than the filmmakers likely expected. 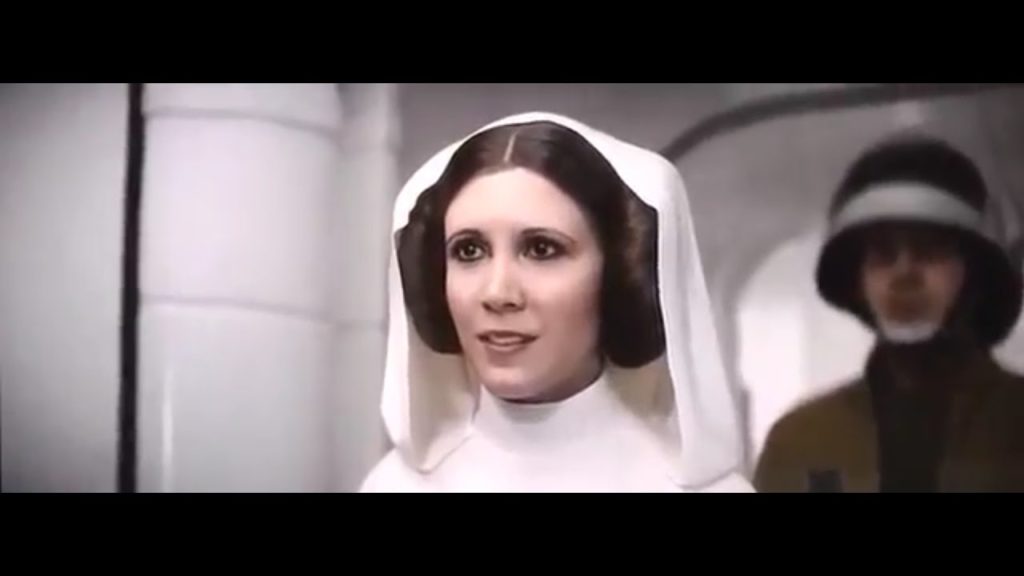 This version of Leia, especially when lined up with the real Carrie Fisher, ended up looking a bit….off. Her face was lacking significant detail and really ends up looking pretty creepy when examined at length. It WAS a brief shot to give audiences that great “Hope” line, but this rendering felt so poorly done (at least in comparison to Tarkin who at least had far more detail put into his facial movements and general movements). This made the film conclude with a perfect line to connect to A New Hope but it also combined it with a distracting CGI rendering that didn’t feel like it was done proper justice, leading to some mixed emotions.

I fear that these two characters/digital renderings represent what any digital version of Carrie Fisher ends up being: technically impressive, but distracting overall. For such a great character, the last thing that I’d want to happen is an abundance of CGI taking away from the dialogue and characters, especially when it may prove to be entirely unnecessary. Fans would certainly love to get more Leia in every coming Star Wars movie, but due to Carrie Fisher’s extremely unfortunate passing, we won’t be able to get that in an authentic way. That’s why Episode VIII should offer up a tribute of sorts to Fisher akin to what Furious 7 offered for Paul Walker. That way, fans (and the SW characters can properly honor her character in whatever way is deemed worthy)

Just imagine after Furious 7, the series’ next installment brings his character back to be a part of it, but instead of Paul Walker, they’d use his brothers to recreate him and act in his place. Wouldn’t that feel a little tasteless, or even just plain distracting? Of course we’d love to see Leia continue to lead the rebellion through Episode VIII, IX, and maybe even X, but it simply wouldn’t be the same as having Fisher herself play the part, no matter how hard everyone behind-the-scenes tried.

To repeat, please don’t re-use Leia for future installments through CGI means. Allow Episode VIII to be a proper send-off for the Carrie Fisher version of Leia and then allow the character to move on. Digital recreations are no match for the real deal, and even if the best tech possible was available, there’s simply no recreating Carrie Fisher.

What do you think about this? Should Leia’s character continue to be present within the stories, even if she’s fully-digitalized? Let us know in the comments below!