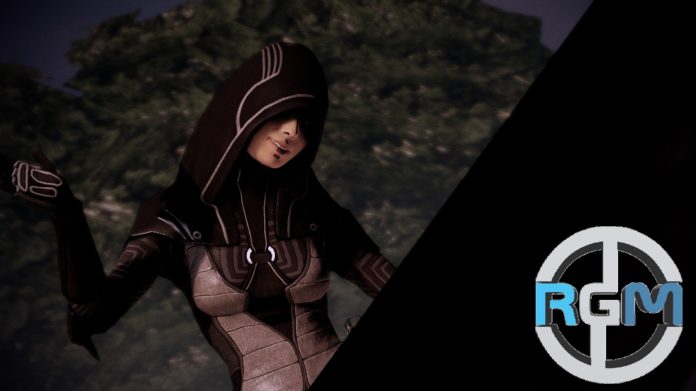 Now I’m no real expert on this issue, but I’m going to assume you’re all human. There could be the odd cat here or there that is sat on your lap who looks like they’re reading… but I assure you, they’re not. However, working on the assumption that you’re all human, I’m going to guess that most of you have gone through some hard times. Unfortunately, hard times can often start to break individuals and finding a way out can seem impossible. This article, is going to look into what I consider to be medicinal gaming.

I have been there. I have been deep in a massive pit of depression, feeling like a spider stuck in the bathtub. Now before I continue, there’s a distinct difference between being depressed and suffering from depression. Everyone has been depressed at some point. Feeling low or disappointed can result in feeling depressed. It can happen with crappy regularity, but you pick yourself up and move on. It could be that your favorite game disc broke “Man, I’m so depressed.” It could be that you’ve seen something that upsets you “That is so depressing.” This is all OK. It’s OK to bandy the word “depressed” about. Because it’s nothing like suffering from depression.

It’s apples and oranges. Suffering from depression is a mental condition that can affect you physically and is so hard to explain, I can’t really begin to start. All I can do is explain what I went through, and how gaming was a big reason for me pulling through to the other side.

I’m not going to go into the ins and outs as to why I broke, nor am I looking for sympathy. I just wish to raise some awareness and let you know how gaming can help to such a degree, that I referred to it at the time as medicinal gaming.

My first major experience of stress, anxiety and depression came way back in 2013. I did what is perhaps one of the worst things you can do. I didn’t tell anyone. Not my wife, not my friends nor my family. I kept it all bottled up, and tried to get through it all. I brushed it off as if it was “one of those things”. A bit of a low moment. Nothing to bother anyone else about.

However slowly and surely I slipped further and further down. Food started to all taste the same. Music did nothing but annoy. Television was just irritating. More and more, I retreated into my own head. The thing is though, it was the last place I wanted to be. Being a prisoner inside your own mind is something I wouldn’t wish upon anyone. It eventually got to a point where I felt I’d had enough of everything.

I contemplated taking my own life.

This thought, and the feelings I was having however were a massive slap in the face. It was the epiphany moment I needed, as all it took was the thought of my 2 daughters growing up without me in their life. The thought that I wouldn’t be there to walk them down the aisle. The thought that I wouldn’t be there for all the little moments was enough for me to take that first step. I told my wife and I told my doctor, then I was signed off work.

I was given time and support by those who meant the most to me and I had to have regular counselling sessions. Face to face as well as over the phone. I can honestly say that all the pills in the NHS would have been fine to help in the short term, but it was the therapy that was key. But hang on, this is a gaming website not a mental health one. Well we’re about there, just keep it going a little.

I can honestly say that one of the telephone therapists I spoke to through the mental health charity, Healthy Mind (now called Mind) service was, for a while, my hero. Basically, he encouraged me to spend my time doing whatever I could stand to do. At the time, I was stumped. I couldn’t think of anything. He suggested listening to music. Then he suggested going for walks. Watching films or TV shows. Nothing, nothing, nothing. Then he just asked “Before all of this, what was your favorite pass-time?” The obvious answer was, of course, “Video games.”

Now by this point it had been ages since I’d played anything. The thought of playing a game whilst feeling so low felt wrong. It felt like I’d almost be demeaning myself by playing a game when there was so much wrong. His response to me was certainly not what I expected. I had thought he would sigh, and think of me as immature which is why I couldn’t cope with the stresses of life. I thought he’d get off the phone and laugh at me. Instead, his voice picked up a lot, and he exclaimed “Oh my god I love gaming, what’s your favorite game?”

Now I don’t know if it was his own training to react like that to whatever I said, and I suppose I never will. But his reaction felt genuine and so I responded “Mass Effect, have you played it?” What resulted was a conversation that lasted well over 30 minutes into why he can’t play the game as anything other than a Paragon and that he’d never played through as FemShep. For 30 minutes, I was a keen gamer talking about how I felt that Mass Effect was on a par with Star Wars and Star Trek. How I felt that playing through as a Renegade had it’s own rewards.

For 30 minutes, I was myself again. That was it, from that day on, I was encouraged to play through the Mass Effect trilogy. “I’ll call you, the same time next week.” he said, “As soon as we’ve gone through the usual bits and pieces, I want to know where you’re at in your play-through. Tell me what decisions you’ve made, and I’ll do the same.”

I came away from my PC, and after a little while started feeling lower and lower. I hadn’t even noticed, but talking about my favorite game and then playing it had lifted my spirits and bolstered me. It didn’t sink in until I started feeling low again. It was a light-bulb moment, I made a conscious effort to not associate gaming with my depression, but to associate it with my recovery.

By the next time I spoke with my counselor, a week later I had started and completed Mass Effect. I was part way through Mass Effect 2. If I recall correctly, I had just completed the Horizon level, where you were reunited with your Virmire survivor. I spoke at length with my counselor, about how I’d been feeling. But also about the big decisions I’d made in Mass Effect and how they compared to his decisions. It was an important first step on what would be a long road to recovery.

I wont feed you a load of bull about how playing games and only playing games pulled me through. Gaming is a huge part of my life, but I’m not that guy. I will say however that playing games again after a few months out bolstered me and was more effective for me personally that any of the anti-depressants I was taking. What helped was talking to people, both close friends and family as well as people who know how to help. How to use cognitive behavioral therapy to best bring me out of the darkness.

I can without a doubt say though, that gaming and rekindling my love and passion of gaming was the spark that lit the touch paper of my recovery. Honestly, it’s what helps me through hard days now. I live for my children, and seeing my youngest daughter run up to me when I get home from work will always put a smile on my face and in my heart. But gaming? Gaming has been a part of my life for as long as I can remember. From playing simple physics games like Gorrilas.bas (which you can play on Kongregate) to playing epic games like Wolfenstein 3D (which you can play online at 3d.wolfenstein.com).

With gaming being as much a part of me as my right-arm, it’s only right that I give it the attention it deserves. For always being there when I needed you, through the good times and the bad. Gaming, you have quite literally made me the man I am today, and you continue to help me through all the bad times. Now, report to the ship as soon as possible. We’ll bang, OK? 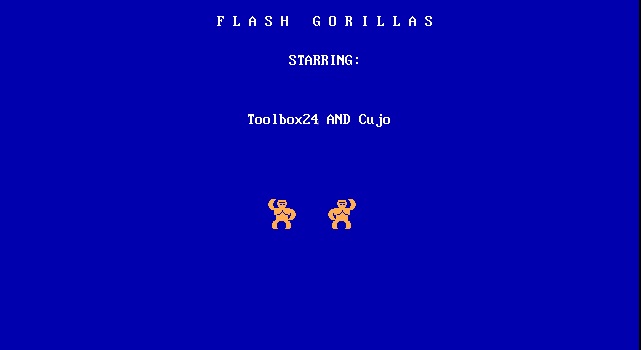 Have you had any similar experiences of gaming helping you though a rough time of your life? What games do you play when you’re feeling low? Let us know in the comments below, the RGM Forums or on Twitter. If you like what you’ve read then feel free to share this article on Facebook, Twitter, Google+, Pintrest or Reddit using the buttons available!