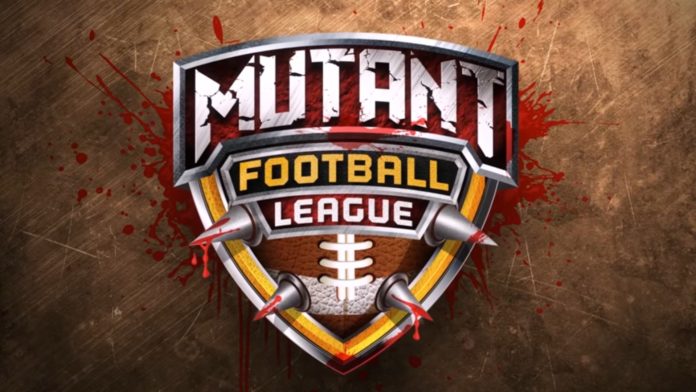 Apparently yesterday was the Super Bowl. I’d go into great depths about it but I’m British, I don’t know anything about it. I just heard something about a patriotic falcon called Tom Brady? I don’t know it’s all Greek to me, but what I do know is good looking games. One such good looking game is the spiritual successor of Mutant League Football, aptly named Mutant Football League.

For those too young to remember, Mutant League Football was pretty much exactly what it sounds like. Football with mutants. It was great game released way back in 1993 on the Sega Genesis, but also was out in 2006 on the PlayStation Portable. It was and still is a cult classic, and there have been calls for many years for a new version of the game. Those calls have been answered and also funded through Kickstarter as Mutant Football League will find its way to PC later this year and consoles in Spring 2018.

It was apt that the game found itself fully funded in just 3 days on Super Bowl LI, when some patriotic falcons beat up a GOAT? I’m still clueless on the whole thing. But to commemorate the Super Bowl, and shortly before finding out that the game had reached its $60,000 target on Kickstarter, Mutant Football League posted a video of the Mayhem Bowl 2017. Check it out below.

Mutant League Football has hit its Kickstarter goal, though and still has another 28 days to go until the funding window is closed. As yet there are no stretch goals, but there is a release schedule that they hope to maintain with thanks to the funding.

There is also a list of things yet to be finished including:

For me this looks like a great game that will take the spirit of the original Mutant Football League and fuse it with modern graphics and gameplay along with the multiplayer exploits of Rocket League.

Be sure to check the official Kickstarter page for Mutant Football League and donate if you feel inclined to do so!

Were you a fan of the original Mutant League Football? Are you looking forward to playing Mutant Football League? Let us know in the comments below, the RGM Forums or on Twitter. If you like what you’ve read then feel free to share this article on Facebook, Twitter, Google+, Pintrest or Reddit using the buttons available!