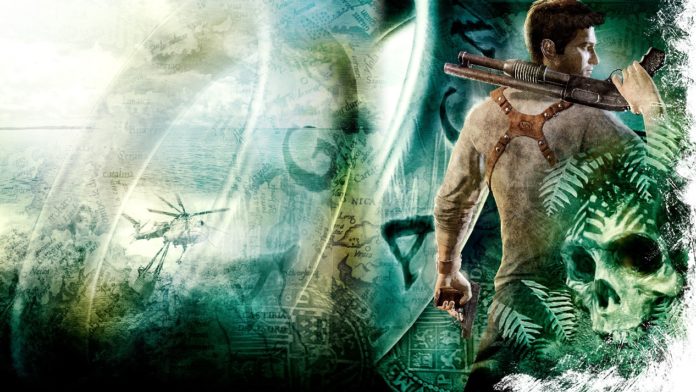 People love twists. Twists of plot, of scenery, of characters. They force us to adopt different perspectives, make us consider other ideas. What we thought might have been true is supplanted as a narrative changes. One of the more underdeveloped uses of twists, however, is in shifting gameplay wildly to throw the player off-balance. Many titles do have small gameplay twists. For example, a boss might have a new moveset you the player must learn and react to. A new enemy might have to be dealt with in a different way, or other small twists of that nature.

All things said however, I don’t feel that many games properly throw the player for a loop as they should. I completely understand why, after all, it’s a difficult thing to attempt. Done without proper balance, you run the risk of ruining balance in a game or taking away from the pacing. The use of a twist can either dramatically improve or hinder a game depending on its implementation. So in this examination, I’m going to discuss two different but fairly similar gameplay twists. One I believe to be a stroke of near genius, the other a clever attempt that ends up dragging the experience down. Of course, as always, this is all completely in my opinion. Due to the nature of this in-depth look, beware of spoilers.

So let’s start with the one that I don’t think works particularly well. In Uncharted: Drake’s Fortune, the first title in the Uncharted series, you, playing as Drake find yourself on a mysterious island. There is some creepy foreshadowing that there is something inhuman on the island with you, as you find cryptic notes and barbaric traps set in the jungle. Searching for the hidden treasure of El Dorado, you eventually make your way past crumbling ruins and hordes of mercenaries, before ending up in the clutches of one of the villains, Eddie Raja. 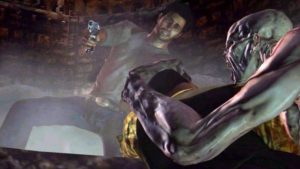 However, his capture of Drake is short-lived, as he’s quickly killed by the zombie-like monstrous Descendants, mutated Spanish conquistadores and German soldiers from World War II. At this point, the game changes. You’re no longer in an action-adventure setpiece but something more akin to survival horror.

The gameplay shift is felt immediately. Instead of taking cover and going for headshots, you now have to run and collect as much ammo as possible, killing the creatures rapidly and running again before they catch up to you. Dying, at least in my experience, is suddenly a lot easier and you have to play in a totally different way. It’s actually a fairly neat story twist.

So what’s the problem? The problem is, quite simply, that this shift in combat doesn’t work well. The camera controls, melee system and even the gunplay really aren’t built for this.   With such an emphasis on dodging, punching and headshots, the damage sponge Descendants are not so much a learning curve as a drop off the cliff. 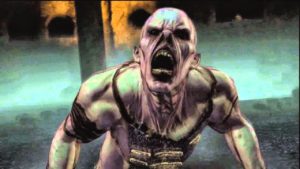 As a result, the pacing is slowed down and the experience becomes more frustrating as a whole. Uncharted works as an action game. With horror introduced, the game can’t decide what it wants to be, especially as you still fight mercenaries alongside the Descendants in these closing chapters.

Now, let us take a look at a different example of gameplay twists. Halo: Combat Evolved was a revolutionary game in many ways, however, I feel there is a particular twist that stands out. 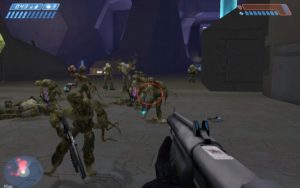 After making your way to the control room in the armored boots of the Master Chief, shooting through hundreds of Covenant soldiers, players learn to their shock that Halo isn’t some weapon to be used against the Covenant. You’re confusedly sent deep into a swamp to recover Captain Keyes. There, you discover the dark horror hidden by Halo: The Flood. A parasitic race devoted to the consumption and infection of all organic matter.

In all the time leading up to this, players have been fighting enemy soldiers. Dodging grenades and enemy fire, regenerating your shields. Things that are (today) standard shooter fare. The Flood change that. Sure, they still shoot, however, they work through shear numbers to aggressively wear you down. They swarm over every surface, cover becomes nearly useless.

So, why does it work here but not in Uncharted? Because, while you have to reevaluate exactly how to fight them, the gameplay still works. 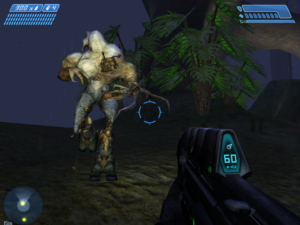 Even though you have to adjust your strategy, you begin to discover alternate strategies. The movement system is perfect for backpedaling away from mobs of infected rushing at you. The shotgun, with its high damage and great range, is introduced right after you encounter the Flood. The levels are darker and creepier, so you have to be more cautious. The learning curve exists, however it doesn’t try to do something the gameplay clearly wasn’t designed for.

So all of this in mind, I think it’s important for games to take risks. Gameplay twists are a great way of doing that. However, it’s vital that the existing gameplay allow for that shift. A natural expansion is needed, not one that tries to reach too far outside of what has been established for the player. It’s a fine balance. You want the player to be thrown off but you also need them to be capable of adapting. If you are reaching so far out that you avoid how the player can respond, you’re defeating the entire point. By setting it up so the different gameplay options are there but the player is unaware of their existence, you’ll not only shift the gameplay, you’ll elevate the player’s enjoyment.