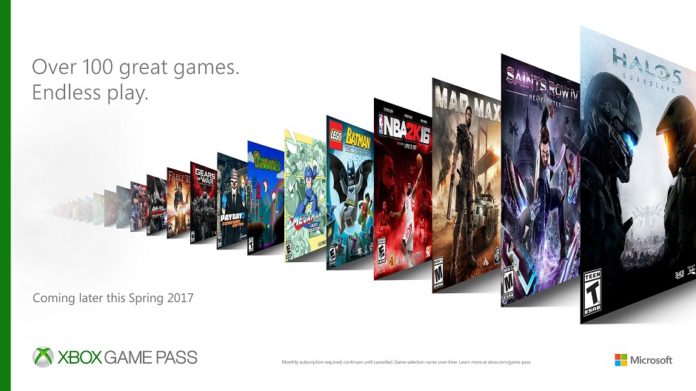 In a surprising move, Microsoft has announced a Netflix style subscription service for gamers. While you may be asking, “Does this replace the current Games With Gold program?” the answer is, no.

For $9.99/month, gamers will be able to access a library of 100 Xbox One and Xbox 360 backwards compatible titles. These are all fully digital download titles and will be initially available for testing by those currently enrolled in the Xbox One Insider Alpha Ring Preview later this spring and then later to the general public.

According to Xbox.com, you do NOT need an Xbox Live Gold membership unless you want to play online.

Members also get a 20% discount on purchasing a game in the library and 10% off all related DLC.

That’s right, you do not own the titles in this program. Once you stop paying the monthly subscription, you cannot play them. This may be a deal breaker for some but it gives those gamers with a tight budget, the ability to access a HUGE library of games at a relatively low price each month.

What do you think? Sound off in the comments below!