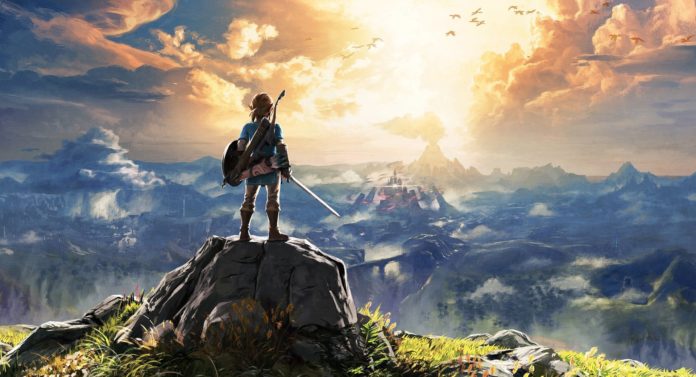 I think it’s safe to say that I am absolutely loving The Legend of Zelda: Breath of the Wild. From what I have played so far it has easily become one of my favorite games ever. There is so much in it, the game is huge. There are loads of people to meet and interact with, all of whom have a story to tell. Some more engaging than others. All of the different topics that are covered help create a unique world. A world that is bustling with life and feels like it is human.

We see talk of love, lust, fear, loathing, death, tragedies that happened 10 years ago etc. All handled in the charming Nintendo way and feeling all very appropriate in the context of the game. Something that hasn’t quite gelled with me is the subject of suicide. Not because suicide makes me uncomfortable as a topic of discussion. Or that I am nervous about discussing mental health. I spent the last seven years working in mental health hospitals and I am huge advocate for talking about mental health issues.

To be clear, it isn’t outright mentioned and there doesn’t seem to be some sidestory where Link is battling with voices in his head, in the context of ill mental health anyways.

Here’s the sequence I am referring to that I discovered over on Twitter:

Now, don’t get me wrong, I think this is a great message to portray. If someone is contemplating suicide, or is struggling with mental health issues with a less imminently serious connotation, spending time and offering to talk to someone is absolutely the right thing to do. My main question is, should it even be there?

It’s great that a game can address such a serious issue in a positive way. By talking about it, it potentially reduces the stigma and taboo mental health problems and suicide often garner. However, what if you currently, or have previously had, mental health issues or struggled with suicidal ideation in the past? Perhaps that person maybe playing this game to try to forget about some of their issues.

As we know, gaming is a form of escapism. Many people often play games to blow off some steam and distract themselves from the stressors of life. The same could be said for people with mental health issues, or people who struggle with thoughts of suicide. If you were playing this and came across this sequence (without prior knowledge) you may very well find it triggering (in the correct sense of the word). You may have just stood on the bridge to look for treasure chests or get a good photo with the screenshot button.

In a game such as this, jumping off a bridge, into water, is unlikely to end in the Link’s death. Furthermore, even if it did, the intent and thought process would not be the same as someone who maybe considering taking their life. So drawing attention to this maybe rather unsettling for some people. Especially if it unexpected.

Of course, there is nothing wrong in talking about or indeed discussing it in the way that has been done in Breath of the Wild. In fact, I imagine this was included after the death of Robin Williams, a huge fan of The Legend of Zelda franchise. He committed suicide in 2014. Though it is believed that it was due to a debilitating brain disease that led him to take his own life, he was known to experience depression. My query is whether that conversation was at all needed or appropriate.

The game is rated as a ’12’ and the game doesn’t refer to the term “suicide”, it is implied from the conversation that takes place in the sequence above. People who are clued in will figure out what they are referring to, where children would probably not, but it still sends a positive message.

This isn’t a criticism of the game or of Nintendo, just a thought piece.  Awareness of mental health and suicide is increasing all the time and these discussions need to happen. But do these discussions need to happen everywhere? Arguably an escape that many a person may use to distract them from their mental health issues is used because it doesn’t have those topics in them. It’s ok to talk, absolutely. It’s important to know times when it’s ok to not talk too.