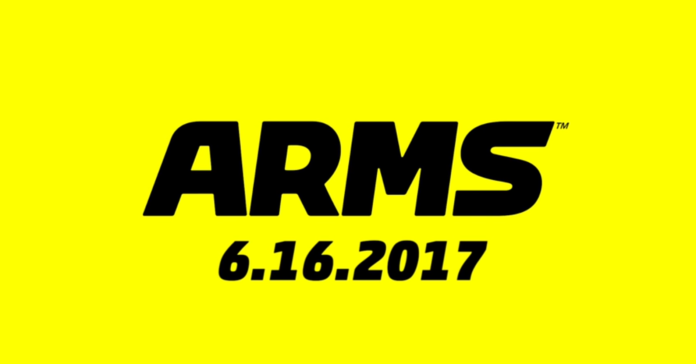 Nintendo’s latest Nintendo Direct stream was a great one. Not only were there loads of new trailers and details, but we also got some new release dates too. In case you didn’t hear, Splatoon 2 has a release date but so does Arms. If you thought Splatoon 2‘s release date wasn’t too far away, even better news, Arms’ release date is even sooner!

So you may have already seen in the image, but Arms will launch for Nintendo Switch June 16th!

You can check out all the new details on Arms from the Nintendo Direct stream right here:

If you’re life is too busy, we have a handy summary of some of the key points from the video below. I would recommend watching it at some point, however, it has a lot of character and is generally good fun.