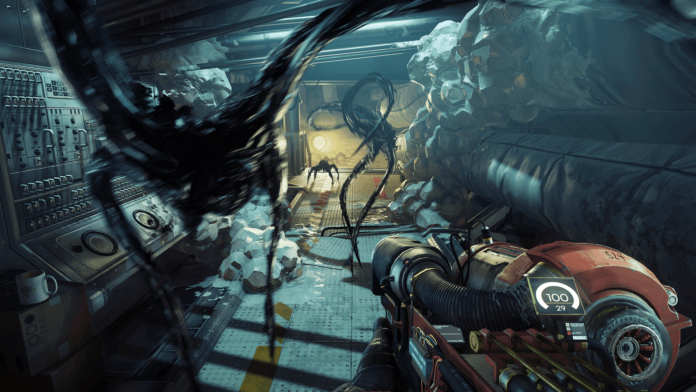 Talos I, the space station that is the game world in upcoming first person shooter, Prey, is the focus of this week’s video from Arkane Studio. Providing a glimpse into the development of Prey and ramping up the excitement in the process, Arkane Studios have been releasing a new video every week. We have seen how the game plays with powers and some of the hardware and tech that is available in the game. This week we learn a little more about the environment of the space station and boy does it look pretty. Intriguing too.

You can check out the latest video from YouTube below:

For me, this definitely has a feel of Rapture from the Bioshock series. In both look, feel and back story. Transtar, the company responsible for Talos I have adorned the environment with high-end decor, to attract the elite. Much like Andrew Ryan did with Rapture. The developers talk about the freedom you get in exploring Talos I.

There are a number of different environments for you to explore including some which are fairly hazardous to your health. This includes zero gravity areas, areas with no oxygen and broken areas of Talos I; damaged piping for example causing a threat. You can explore inside and outside the space stations many environments. This sounds like it will give the game a feel of Dishonored, in that you can take on levels and enemies in whatever way you like. Choice has always felt like Arkane’s signature.

Prey releases on May 5th for Xbox One, PS4 and PC. There will be a one hour demo made available on April 27th, so you can give Prey a go before its release.

What do you think to the new video? Are you looking forward to get your hands on the upcoming demo? Let us know what you think in the comments below, on the RGM Forums or on Twitter. Feel free to share this article on Facebook, Twitter, Google+, Pintrest or Reddit!