That’s not all though. Maybe you’re one of the gamers who wanted one of the Fallout 4 Pip-Boy editions? You’re definitely in luck then, as they are back. That’s right, also releasing on September 26th is Fallout 4: Game of the Year Edition Pip-Boy Edition. 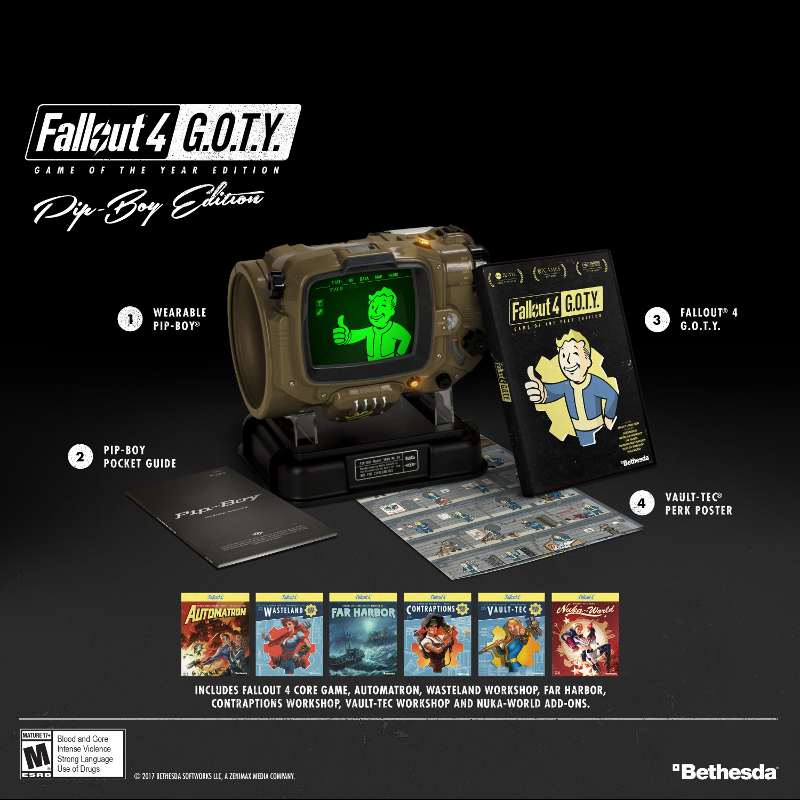 As you can see, this bundle comes with Fallout 4: Game of the Year Edition, a Pip-Boy and some other goodies. This edition carries a retail price of $100 USD and can be pre-ordered here.

This is a great way for new players to experience Fallout 4. If you would like more information about the game, here’s the official synopsis:

Return to the Wasteland with Fallout 4: Game of the Year Edition. With all the latest gameplay updates, graphical enhancements, the ability to play Mods for free on PC and consoles, plus all official add-ons included, this is the ultimate way to experience the award-winning post-nuclear adventure from Bethesda Game Studios.