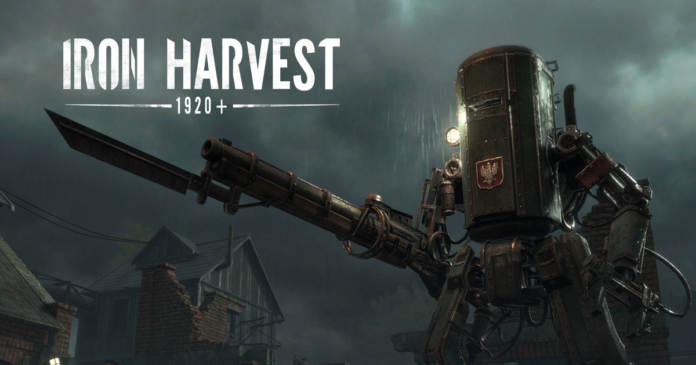 A brand new Real Time Strategy (RTS) game is coming to consoles and PC! Iron Harvest is set in an alternative 1920s, 1920+. It is a world still full of mystery and intrigue but is struggling with the clash of tradition and progress. Iron Harvest gets its name from the large amount of unexploded ordnance, barbed wire, weapons, shrapnel and bullets while ploughing their fields.

You can see the teaser trailer for Iron Harvest below:

Set just two years after World War One, the alternative universe of 1920+ promises a dieselpunk style enhancement in technology. Walking machines are now part and parcel of day-to-day life, as well powerful enemies in battle. Secret forces are working to destabilize Europe, still recovering from the impact of the Great War.

There seems to be three major players in the 1920+ world of Iron Harvest: 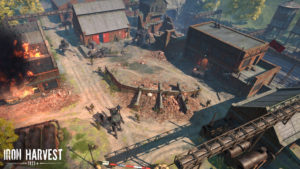 The game sounds really fun and will employ a combination of cover mechanics and dynamic destruction. Players will control hero characters, mechs and soldiers into battle. Your squad will take cover automatically, but a simple brick wall will only offer protection against small units, not against mech-mounted cannons. The game promises to have a “dynamic storyline” that will lead you through the sandbox levels; allowing you to achieve the missions goals in your own way.

I am really glad to see that it will be coming to Xbox One and PS4 as well as PC. RTS games seem to be fairly sparse on consoles so an alternative to Halo Wars is great. Even if we don’t know a release date at this point.

Do you like the look of Iron Harvest? Let us know in the comments below or over on the RGM Twitter.