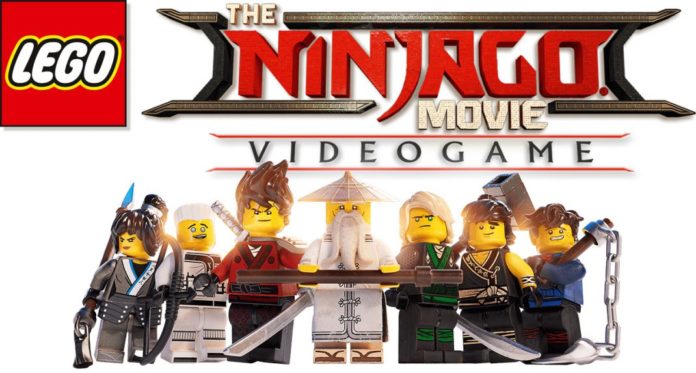 There’s always been something incredibly therapeutic about LEGO games. Just spending hours smashing different structures up and gathering the studs that fall from them. You don’t even need to be following the plot of the game you’re playing. Just get in there and smash stuff up, especially in ‘free play’ mode, where you can select any character and go to town. That being said, to get the elusive 100% completion score, you would have to put in some significant time. As long as it is endearing though, that shouldn’t matter. It is safe to say, for me at least, that LEGO The Ninjago Movie Videogame falls into that category.

You can’t really fail with a LEGO storyline. Especially when said storyline is based on a recently released LEGO movie. The storyline follows the same plot as the film of the same name. The plot focuses on young Master Builder Lloyd, also known as the Green Ninja. He is part of a group of secret ninja warriors that serve to protect NINJAGO City. They are led by Master Wu, your standard guru who loves a good joke. The ninja warriors must defeat the evil warlord Garmadon, who is also Lloyd’s dad. After being humiliated and defeated by Garmadon’s ultimate weapon near the beginning (which is brilliantly done I might add) they must regroup. They must seek out their inner strength and learn the art of ‘Spinjitzu’ in order to ultimately save NINJAGO City.

The plot is enjoyable, if perhaps a touch predictable, but that doesn’t stop it being a genuinely funny experience. There were a couple of laugh out loud moments and the interspersing of cutscenes with clips from the actual film makes sense. It doesn’t take itself too seriously and that is exactly what you want from a LEGO game.

One of the most notable changes to the format of the game is how you can access the hub world. It isn’t done in the same way as previous titles like LEGO Marvel Avengers where the hub world is separate; providing you with different tasks and gold bricks to collect. In LEGO The Ninjago Movie Videogame the hub world is made up of the areas used as levels. This means that any gold bricks, red chests and minikits you collect in the hub world are collected in the level as well. This is a welcome change that streamlines the game making it feel less tedious as you aim for 100% completion.

In terms of handling and mechanics, the game controls like most LEGO games. The Spinjitzu powers are fun and elemental, so you need to pick the right one for the right situation. That being said sometimes it is a little clunky to use the abilities as they require a button hold and it doesn’t always register. Switching between characters was occasionally frustrating; pressing ‘Y’ as always to switch, you might get stuck in a loop between two characters. Eventually you’ll go for the press and hold function but again, doesn’t always register first time. Combat is easy to pick up and you are rewarded for maintaining chains and using various different moves to increase your score (and stud) multiplier. That being said, it was frustrating when some characters were unable to hit particular enemies or obstacles because the hit detection on their particular weapon was off, necessitating a character switch.

Sometimes, it isn’t entirely clear what character you need for what situation as there are a number of symbols to identify. Luckily, the character select screen highlights which “abilities/functions” they have; indicating to what use they are. Additionally, the indicators that you unlock through collecting red treasure chests (ala the red bricks from previous games) can get confusing and the path of what you need to do isn’t always clear. Of course, some of that is down to your intuition and exploration of the levels.

LEGO titles always look great and LEGO The Ninjago Movie Videogame is no exception. Although it does suffer from some technical hiccups. The characters are bright and shiny and the blending of the film scenes into the game sequences are fairly smooth, though obviously noticeable, but never jarring. The martial arts film motif was a great addition and added a nice, ‘classic’ feel to the game. The game did suffer, quite significantly with frame rate issues and there was some very noticeable slow down; even at times when there wasn’t a lot going on. This did break the flow of gameplay and I found it fairly annoying.

In terms of sound, the game does a great job of including the voice lines from the film into the game. Alas, they did not include enough samples, or leave a delay between them being said as they are repeated, quite heavily. So it often got tedious through extended play with particular characters. 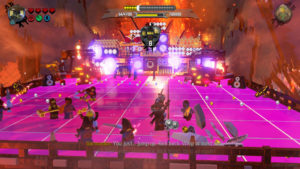 As with all LEGO games, there is a two-player drop in/drop out co-op mode; allowing you to tackle the game with a friend or loved one for a joyous romp around Ninjago City. There is also a multiplayer that is available both online and offline for up to four players. There are several modes to the multiplayer which essentially revolve around you competing for the highest score with varying rules. Each of the levels are scattered with power-ups that add a different dynamic to the game. It was certainly fun and added of a bit of something extra to do once the main game has been finished.

In terms of replay value, I have mixed feelings here. It is your standard LEGO fare, there is plenty to do and unlock, especially if you are aiming for 100% completion. However, at the time of playing for review the game was bugged and a particular sequence meant that the final gold brick I needed would not spawn. This left me stuck on around 99.8% completion, much to my endless annoyance (especially as a self-confessed achievement whore). 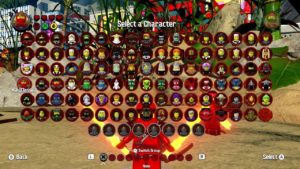 I reached out to the developer querying whether they were aware of the issue and if they were planning to patch it. I have yet to hear anything from them and whether they are planning to patch it. There is seemingly no evidence that it has been patched as yet either. Annoyingly meaning that if I wanted all the achievements or 100% completion, like many I’m sure, it means playing the whole game through to completion again and hoping it doesn’t glitch again.