It’s an unfortunate reality that not every game we enjoy gets a sequel, even (or sometimes especially) the games that really needed another chapter or continuation of some sort. So I’ve decided to put together a list of three unlikely sequels that I’d love to see and how I’d like to see them done.

Please note that due to the nature of this article, there will of course be major spoilers for each of the games prior to these theoretical sequels. So, we’ll kick things off with my take on a sequel to a visual masterpiece that had a mediocre reception.

While far from a perfect game, there’s multiple things in The Order 1886 that I legitimately enjoyed. The setting is phenomenal, considering the blend of myth and reality that has altered the course of history, there’s plenty of story potential not just in London but around the world. 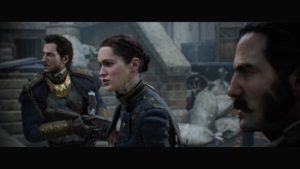 Not to mention the unresolved story points, such as: Galahad and how his leaving the order will affect the remaining knights, the vampires and their mysterious role behind the scenes, what remains of the Lycans and their leadership.

So, if Ready at Dawn were to develop The Order 1887, how would I have them go about it? For starters, double down on the cinematic narrative. Since mystery is such a big part of this world, introduce investigative mechanics to find clues. Adding branching dialogue would reinforce replayability, with different levels and cutscenes based off of how players choose to guide their journey. Having a lengthier story would also be of great benefit and might make gamers feel more secure in their purchase.

Another place where there is major room for improvement is the AI. The human enemies reacted fairly realistically however, the Lycans almost never varied in their strategies. Mix things up, have the werewolves crawl along the ceiling and toy with the player. Use the vampires to hunt players through dark, eerie crypts. By improving the gameplay against non-human enemies, you’ll also vastly improve the pacing.

The gameplay mechanics were, for the most part, already fairly solid. The various guns felt powerful and awesome to use, especially the more steampunk-derived weapons like the Thermite Rifle or the Arc Induction Lance. Introduce more weapons in that vein and give players a chance to use them more. Making someone feel incredibly powerful while playing is one of the best ways to keep them engaged in a shooter.

All in all, there’s an insane amount of potential in that setting and it’s a shame we’ll likely never see it realized.

Born a blend of video games and TV, I truly wish Quantum Break had been a hit. The phenomenal cast, the voice acting, a time-travel plot focused around what was essentially a superhero origin story, it had a lot going for it. Unfortunately, despite the blatant cliffhanger ending, it looks like our chances of revisiting that world are slim.

So if Quantum Break 2 did happen, what would be needed? For starters, not having a horrifically bad final boss. I’m well aware it’s just one small part of the game but Quantum Break’s final boss didn’t challenge your time powers in any way or require creative strategies. Anticlimactically averting what the entire game has been building towards is not a great way to reward players.

Next, we see in the final moments of Quantum Break that Jack Joyce has gained that ability to see different paths into the future. 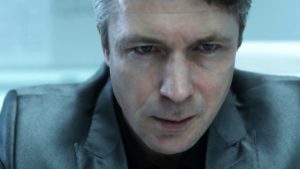 Expanding on that in a potential sequel, focusing the story around what sacrifices he’ll have to make to ensure a good outcome, would provide a great contrast (or reflection) of the first game’s villain. Paul Serene believed what he was doing was for the greater good, so expanding on those themes could provide a compelling story.

The time powers were already visually impressive but more variety would definitely be appreciated. If you want players to feel like a superhero, add in even more attacks, abilities and upgade paths.

Remedy tried to do a lot of different things with Quantum Break, some of which they got right, others they didn’t. It’s a shame we’ll likely never see what improvements a sequel could bring.

Out of all the games listed here, a new Dead Space is the one I’d love to see the most. Unfortunately, it’s also the most least-likely to happen, especially since Visceral Games was closed.

So if by some miracle it did occur, what would Dead Space 4 need to do? For starters, place a much greater emphasis on horror. Now, I really liked Dead Space 3, the locations are incredible, the Necromorph designs were at their most alien and while slightly imbalanced, weapon crafting was awesome. 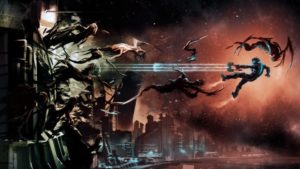 With that said though, Dead Space 3 drifted too far away from the horror focus the first two games had. Sure, it still has creepy moments (and the overarching eldritch horror is fantastic) but more scares were needed.

The next thing that would need to happen is build on the co-op. Dead Space 3 has a fantastic, unusual co-op system where due to hallucinations, the player controlling Carter may sometimes see different environments that the player controlling Isaac doesn’t. There’s plenty of ways to expand on that, such as different hallucinatory-levels that may or may not trigger in a playthrough, or enemies that only one player can see stalking you through a level.

Finally, one small but painfully obvious thing: get rid of the microtransactions. Seriously, even if optional, they have absolutely no business in a game like Dead Space. Cosmetic DLCs or expansions? Sure, many gamers will happily pay for those.

I’m still disappointed with what happened to Visceral Games. They, and Dead Space, deserved far better.

So there you have it, three unlikely sequels I’d love to someday see. If you agree or disagree with what I’d like to see from each, please let me know. Is there a sequel not likely to happen that you’d love to see some day?