Well, the rumors and possible leaks just aren’t stopping. This time, it comes in the form of an update on the StoryLab Productions official website. They are a motion capture studio that has previously worked with The Coalition, the developers of Gears of War: Ultimate Edition and Gears of War 4. Looking at their updated webpage, it appears The Coalition is working on a new IP. 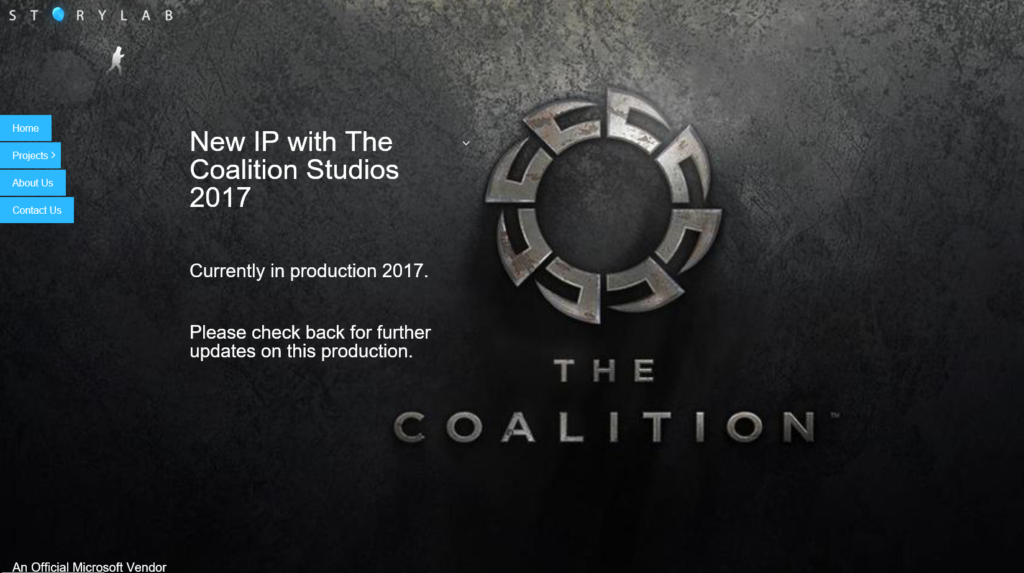 Just what could it be though? While some might think Perfect Dark due to the potential leak on ResetEra, that wouldn’t be a new IP. Maybe this is a return to the Shangheist demo, back when The Coalition was still Black Tusk Studios? Whatever it is, it’s definitely exciting to see Microsoft taking steps to address Xbox’s lack of new IPs over the last few years.

So while we’re classifying this as a rumor due to the lack of information at the moment, this looks pretty legit. Obviously we’ll be providing updated information as we learn things.