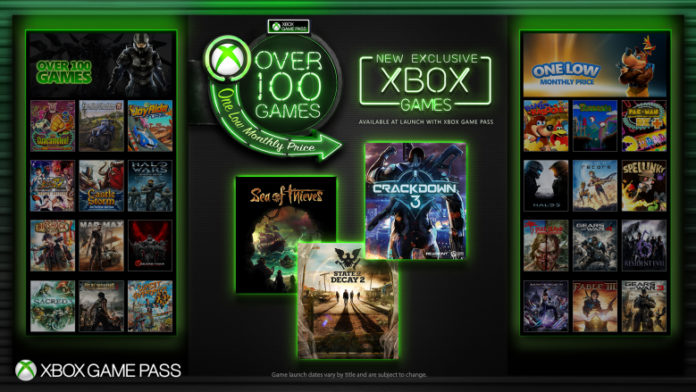 Starting with the launch of Sea of Thieves (March 20th), all Microsoft Studios Xbox One exclusive titles will be available to all Xbox Games Pass subscribers. On release day! This means that future titles such as Crackdown 3 and State of Decay 2 will also be available on release date for your $9.95/£7.99 a month!

Major Nelson confirmed the news on his blog today via an update from the Head of Xbox, Phil Spencer, whilst also confirming that future Microsoft Studio titles will appear as part of this scheme. He cited future releases of Forza, Halo and Gears of War titles.

Don’t get me wrong, I already thought that Xbox Games Pass was a great idea and great value for money. It’s hard to argue that this is another level. As there’s no subscription obligation; you can start and stop your subscription on a month by month basis as when you feel. 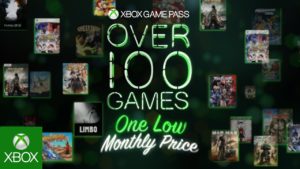 If you’re unfamiliar with Xbox Games Pass, it is a subscription service which allows you access to over 100 games. You pay a subscription cost of $9.95/£7.99 a month, much like Netflix and you can download and play these titles whilst your subscription is active. Additionally, if you chose to purchase a game from the selection you get it at a discount as  Games Pass subscriber. The catalogue of games is usually added to every month, with the occasional title coming out too.

I appreciate that this isn’t going to be a sell for everyone, but can’t argue with the value for money. With the additional promise of future Microsoft Studios to be a part of this, it certainly will be worth keeping an eye on as it develops. For now, as a Games Pass subscriber I’m super happy to see this.

What do you think of the announcement? Let us know in the comments below.