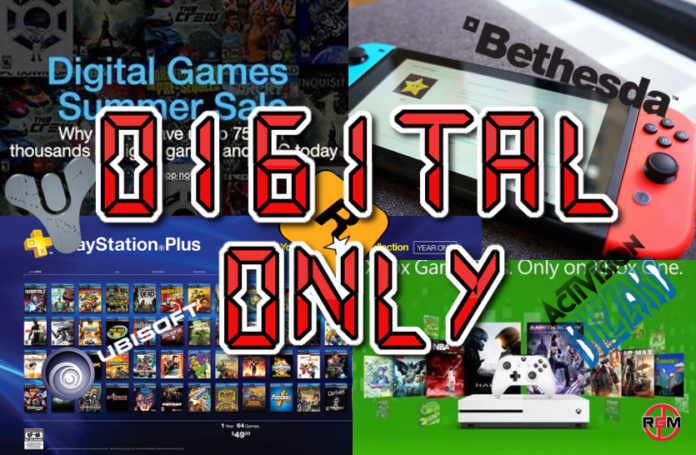 Two words that either make gamers extremely happy, or very pissed off, are: Digital Only.

For years now I’ve been trying to slowly convert some of the toughest physical game activists over to the side of the light, some more resilient than others, but all eventually seeing the common sense of it all.

As each generation of console hits the shelf we see a steady move towards more digital content included in the box, games releasing as digitally only, and the birth of several subscription based services, all designed to keep you online.

The Xbox Game Pass, and soon to be EA Access Premiere, are shaping up to be “must have” subscriptions for Xbox gamers, with Sony bringing along its share of monthly money sinkholes. Between the two consoles I think I will be spending, by the end of this year, roughly $40 per month for all my subscriptions because it’s just simpler to get everything digitally and access it when I want.

With over 7 BILLION dollars in video game distribution per month worldwide, digital games have quickly taken their place as the preferred way to purchase and enjoy video games.

With a reduction in production and deployment, resources, storage and manpower, the savings that can be made by distributors and publishers is astronomical. So why wouldn’t the two leading console manufacturers move towards digital only?

Distributing games digitally also means there is less risk in signing IPs as you don’t have to sink money into the physical version of the game, which is why we have a staggeringly large digital game selection available to us, which is growing every single day. When you reduce risk for publishers you open up a world of possibilities of independent game developers.

The cost of console production is now starting to outweigh the price per unit they can be sold for to enable these companies to stay competitive with each other yet still provide upgraded hardware and capability. So naturally it would make sense to remove the disk drive, fill that space with more memory, and ship them out the door for less.

If we take a look at our own game collections most of us will see a very clear difference in the number of physical games we have in our collection from the days of the Xbox 360, PS3, Wii U and such, through to today’s Xbox One’s, PS4 and Switch consoles. Digital is just too appealing, especially now that game sharing means two people can play the one title at the same time on different consoles with only one digital copy of the game being purchased.

What about me? The physical game hoarder who loves to buy the collectors editions and have those detailed and vibrant statues clogging up the place? You will still be able to buy all that useless space filler (I say this as someone with an entire room full of it!). Publishers won’t easily let go of the chance to take an extra $100 from you for an art book, two dice and an 8 inch statue. Just take a look at the recently announced Red Dead Redemption II collector’s box, everything a collector could possibly need.

Microsoft have already attempted to move us to an always online environment with a much stronger focus on digital content, however hissy fits were thrown, temper tantrums flared, and progression was once again stalled. Now, taking a look at the primarily subscription based digital games that most of us are playing, it makes you wonder what everyone was crying about?

We can sit here and argue “what about me” all day long, when it comes to poor internet speeds and lack of readily available services in remote areas, however sadly, for those effected, you are a part of the minority meaning that progression will happen, change will occur, and it has nothing to do with if it’s convenient for you or not. I know that sounds rough, but it is what it is. 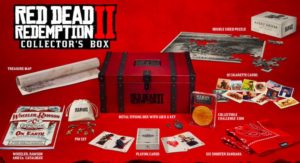 So this brings me back to my original question: The next Xbox & PlayStation consoles to be digital only? You bet! I am sure there will still be an iteration of these consoles that will have a disk drive in them to help further ease gamers into the inevitably digital only future, however don’t expect that to last too far past 2020.

Digital isn’t just the way of the future, it’s the way of NOW, gamers are just digging their heals in and dragging on the transition too long. We ARE living in a digital game world with just a handful of retailers remaining to provide a physical service. I understand the reluctance, change is difficult for some, however regardless of how stubborn you are, you can’t stop technology evolving and I don’t see physical games holding a viable position in that production line for much longer.