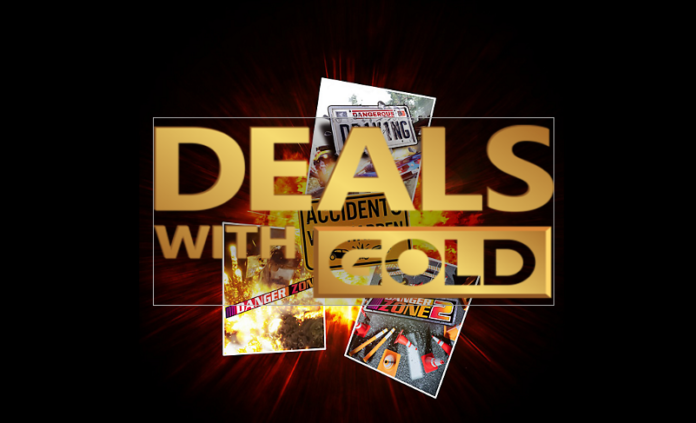 April’s first Deals with Gold and spotlight sales are in. The list this week, is rather short, with less than 60 deals across both the Xbox One and Xbox 360 listings.

Stand out titles however, include:

This week’s RGM recommendation though, goes to:

From the creative talent behind the genre-defining Burnout series, “Accidents Will Happen” is the perfect choice for players who want to race and crash. It brings together brand new arcade racer Dangerous Driving as well as Three Fields previous ‘Crash mode’ games, Danger Zone and Danger Zone 2.

Here is the full list of this week’s Deals with Gold and spotlight sales: