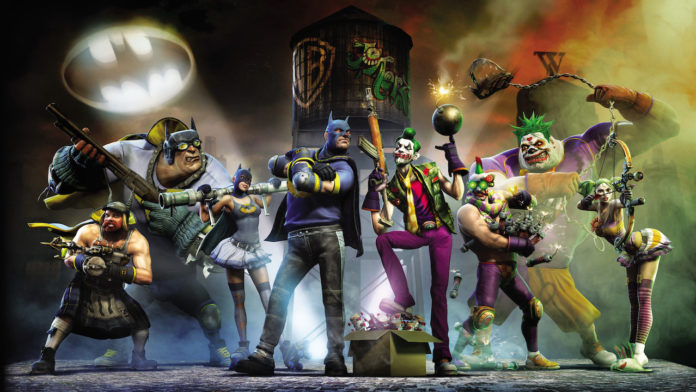 I’ve sat down and played all that I can in Bleeding Edge. With two modes and not many maps the game instantly becomes stale. On this day I just don’t see a reason to play a game that comes out half made with very little replay value. DOOM Eternal, Fortnite, Call of Duty: Warzone is just a small drop in the bucket of games that you can spend more time with and get more enjoyment out of them.

I’m not saying Bleeding Edge is a terrible game. It could eventually become a great game if Ninja Theory puts time into it. There’s one game that I feel should have been remade or brought back instead of Bleeding Edge – Gotham City Imposters was a better online experience that was cut short. It was released on the PlayStation 3 and Xbox 360 way back in 2012. The game ended when Gamespy shut down. It is a sad moment in a game that could have easily grown over the years. Players assumed the roles of either Batman or Joker imposters. Fighting each other when the actual heroes weren’t around.

Since DC has jumped into making shows and movies, the tie-inns could have been endless. The Arrowverse and DC Universes shows could have had their own skins and maps. DOOM Patrol early fits into the insane game, each member of that team has plenty of issues. Players could have enjoyed season content that would have them so many different and entertaining weapons. Even the short-lived Powerless could have had an impact on the game. Now that’s just content with the shows, the movies, and other video games could have been so amazing. Lego Batman and villans all would off had their time to shine in the game.

With a 6 versus 6 style of combat and multiple modes, this game had a great foundation to build upon. It would be wonderful to see a studio like Monolith or even Epic with the ability to bring this game back. If you want to play a mediocre game than just play some Bleeding Edge, it should get better with time. Or it might just become the next LawBreakers.

Transitioning over to the battle royale system could have added more life. If you play enough Fortnite you see plenty of diverse and annoying emotes, characters, and skins. Even Deadpool is going to be joining the game. Gotham City Imposters is one of those games that players jumped into and fell in love with. Basically this is a game that could have easily grown and fit in with how games are played now. With a season pass set up and ever-evolving modes players would still be enjoying this game.

Are you still playing The Division 2? Notice some players missing? Those might have been some of the players who were recently banned. Don’t forget to bookmark www.realgamemedia.com or follow us on Facebook and Twitter.