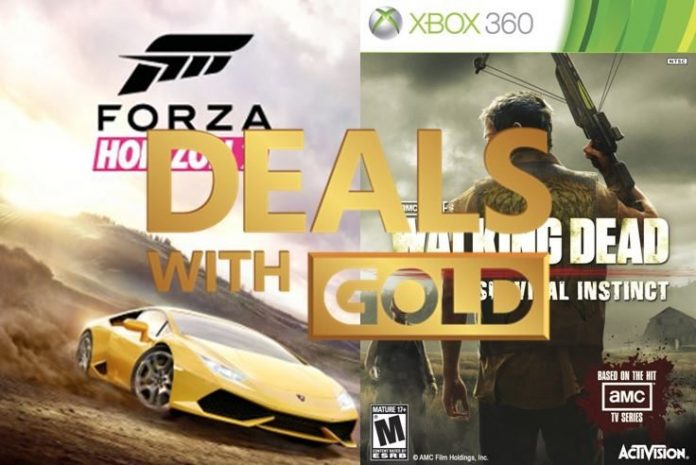 This week’s deals with Gold have just been announced by Xbox’s Major Nelson and there are some pretty awesome discounts to be picked up.

EXL Gaming’s pick on the Xbox One is Forza Horizon 2 Ultimate 10th Anniversary Edition, and on the Xbox 360 we recommend The Walking Dead Survival Instinct.

Go pick yourself up a bargain!

Be sure to remember that these prices are based off the Us store and may be different for you depending on the region you are in and you MUST have an active Xbox Live Gold Membership to take advantage of these discounts.