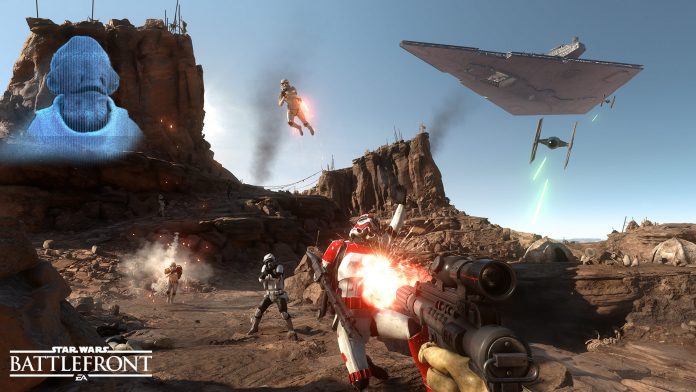 Obviously we can’t go past one of this year’s most anticipated betas for today’s deal of the day.

Whilst you don’t get to keep it you do get to try it out for free without a pre-order regardless of what platform you are on (Xbox One, PlayStation 4 and Origin on PC) – that’s a pretty sweet deal.

Don’t forget the Star Wars: Battlefront with the Companion App is also available for free now too so you can monitor your progress on the go.

In the beta you will be able to test out:

Fight in epic 40-player battles as a Rebel to destroy the Empire’s onslaught of AT-AT’s by calling in Y-wing bombers. Or, side with the Empire and protect your walkers while utilizing their mighty weaponry to crush the Rebel objective.

Escape pods are crashing down and you and your team must fight to control them. With its frantic 8v8 matches, Drop Zone is sure to put your combat and strategy skills to the test.

Play alone or with a friend via co-op or split-screen as you battle to hold off waves of Imperial forces including AT-ST’s, TIE fighters, elite stormtroopers and more.

The size of the beta on the Xbox One is 7.7GB and a similar size on other platforms.

Happy hunting and may the force be with you.

To check out yesterday’s Deal of the Day visit THIS LINK.