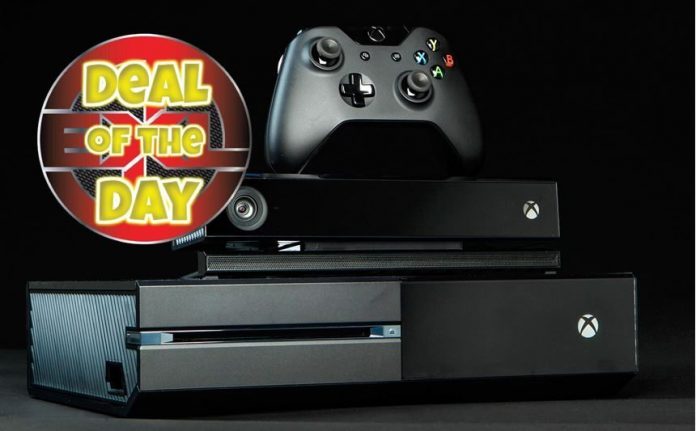 Right now Best Buy have a trade in system in place for the purchase of Xbox One consoles.

The deal they are running is a potential total of $150 towards an Xbox One when you trade in a working 250GB Xbox 360 or PlayStation 3 Slim.

Not all Best Buy stores are participating so you do need to call your local retailer and check before driving all the way out there with your last-gen consoles in hand.

If you have been struggling to find the money to upgrade to a current gen console, then this deal will certainly make that a lot more achievable for you.

Trade In and Trade Up

Receive $150 toward an Xbox One console when you trade in a working Xbox 360 250GB or Sony PS3 Slim console at a participating Best Buy store.

Valid 10/18/15–10/24/15. In store only. Trade in any working Xbox 360 or PS3 console and receive a $75 coupon toward an Xbox One Console. Trade in a working Xbox 360 250GB E Series or Sony PlayStation 3 250GB Slim and receive a minimum $75 gift card. Not available in all locations and some stores may have additional limitations. Console must include AC adapter/power cord, must power on and not be damaged or have its warranty seal broken to be considered working. Condition, documentation and accessories may affect value. Not compatible with other trade-in offers. You are required to agree to the Terms & Conditions. No Dealers. Limit of 1 trade per person. For details see a Customer Specialist.