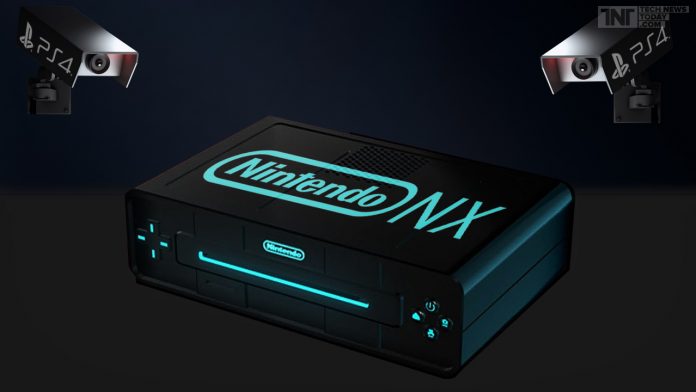 Nintendo is a name that garners a ton of attention from anyone in the video game industry. After the “crash” they were almost solely responsible for resurrecting the industry!

From the NES to the GameCube, Nintendo has always marched to the beat of their own drum. It’s no understatement to say that the Wii was a runaway success for Nintendo, however; it was also one of the biggest reasons that they are now stumbling through this generation. The Wii represented a means for anyone and everyone to play games. From the seasoned veterans to the newest of the new, systems flew off the shelves and everything seemed to be working. One key thing that Nintendo overlooked (or just pretended wasn’t an issue) was that a large majority of the user base were people that yes, never played much before do to the issues with standard controllers being intimidating, but were also never going to stick around and move with Nintendo to this generation.

Stories of Grandmothers and Grandfathers playing the Wii initially seemed exciting, more people opening up to gaming is always a plus, but this audience like the whole motion control phase that seemed to spark to life last gen was never really going to be anything more than a casual distraction from what does truly build an audience; core games and core gaming.

Moving to this generation Nintendo seemed so confident that the audience that initially purchased all those Wii’s would just move to their next system. So much so that they even foolishly adopted the same name as the previous console! Enter the WiiU. Again, in an attempt to bridge the gap between the motion control audience that they misjudged as being “core” and the tablet craze that was booming at the time, Nintendo decided to create an unholy marriage between a tablet and motion? The standard controller has been adopted by the “core” of gaming as being the perfect device to interact with games but again Nintendo decided to just be different. Now, I love Nintendo but the outcome of these decision is there for anyone to see. The motion control fad was just that, a fad. Of course, software is always what matters and to say that Nintendo has some of the best software around is no lie. With the WiiU in last place as far as market share goes they still manage to release software that sells relatively high numbers compared to their contemporaries.

After all these lessons learned (hopefully) Nintendo announced that they were indeed working on a new system code named the NX. I’d be lying if I said I knew anything about the system, the specs or the design? Who knows? Nintendo did announce that it would be using “industry leading chips” whatever that means? Here in lies the dilemma! Will Nintendo release a system well into this generation that is as powerful as the Xbox One and PlayStation 4? Surely that may not be the best idea. Will Nintendo release a console well into this generation that is more powerful than the Xbox One and PlayStation 4? Surely if they do they will be in a better position but if this gen is a shorter one, as many seem to think it will be, will the NX be able to compete with what’s coming? There are numerous factors that Nintendo needs to navigate having put themselves in the position of releasing a console part way into a generation that’s started without them. Of course there is always something to be said for being “different” but at this point can Nintendo really afford to take a huge gamble on being so different that they again don’t or won’t get 3rd party support? A system that is several times more powerful than this generations offerings and can compete well into next generation, as well as being easy to develop for seems like the key for them. First party Nintendo franchises coupled with strong 3rd party offering is a dream come true for most gamers!

Where will it all end up? Nintendo has a lot of work to do but if anyone can do it….?