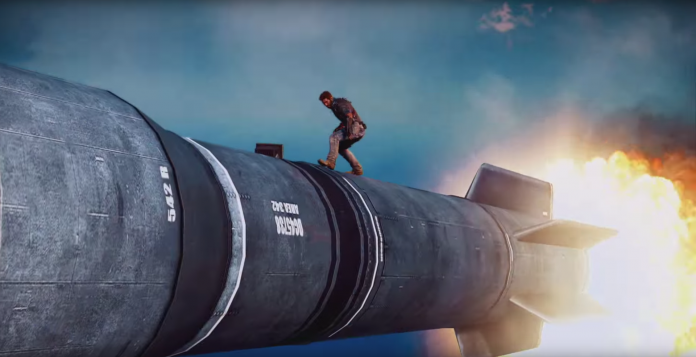 Square Enix and Avalanche Studios proudly announced the release of the much-anticipated game Just Cause 3 on multiple platforms today.

Grapple your way to freedom in the Mediterranean republic of Medici, which is suffering under the brutal control of General Di Ravello, a dictator with an insatiable appetite for power. Players take on the role of Rico Rodriguez, a man on a mission to destroy the General’s hold on power by any means necessary. The game boasts over 400 square miles of complete freedom from sky to seabed and a huge arsenal of weaponry, gadgets and vehicles (including cow-udder rockets).

Just Cause 3 is available for Xbox One, Playstation 4, and PC. Check out the explosive launch trailer below.