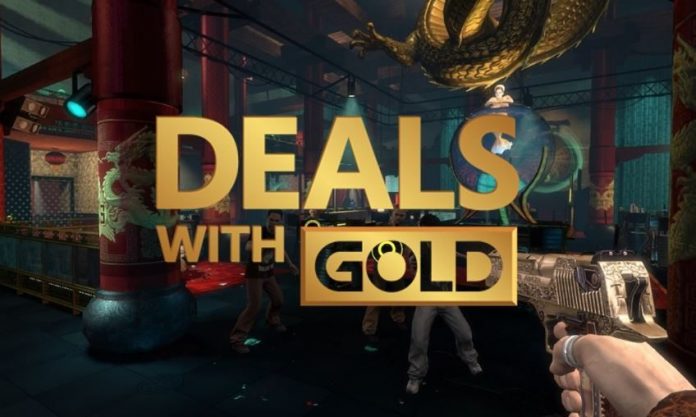 This week’s Deals with Gold have just been announced by Major Nelson with a strong focus on the Forza franchise.

Whilst I love the Forza franchise, I can’t go past Blue Estate as EXL Gaming’s recommendation this week.

Blue Estate is an interactive shooter that is fun for the whole family, and at 70% off I highly recommend you check it out.

Designed from the ground up to exploit the gyroscopic features of the PlayStation4® controller, and Kinect sensor on Xbox One®, Blue Estate offers slick wit and punishing violence through a genuinely fun and intuitive control system, all set in an eye-popping technicolor mob world. The game, now available on PC, can be played with the keyboard / mouse, traditional USB gamepads, Leap Motion or light guns (unofficial support).

While experiencing the smoothness of motion control in a rail shooter, using the unique capabilities of the PlayStation®4, Xbox One®, or Leap Motion Controller, the player will enter a fight for his life against the most absurd and dangerous enemies, ranging from scar covered fight-to-the-death champions to Tony’s own hair and Chihuahuas that are too happy to see you. You’re given a series of primary and secondary weapons to help make your way through the load of hilariously perilous missions. These will come in handy defeating the bosses who’ll try to end your game and your life. But sometimes firepower isn’t enough, so think before shooting and use cover to prepare your strategy, reload often, and try not to get turned into grated cheese.

A killing spree is always better when shared, and that’s why Blue Estate offers the opportunity for a second player to join the fun, through a cooperative mode where every headshot counts to show who’s the best trigger in da house! Want to bring the insanity to your PC, but don’t have a Leap Motion Controller? Use the code BLUEESTATE15 on Leap Motion’s web store for 15% off a controller.

Here are the rest of this week’s Deals with Gold:

As always, please remember that prices and availability may change or be effected by your location and are only available to members who have an active Gold Membership.